SEOUL, Aug. 14 (Yonhap) -- When it comes to Tokyo's labeling of Dokdo as Japanese territory on its Olympic website and concerns of radioactive contamination during the competition, the International Olympic Committee (IOC) will have "definitive answers," the South Korean sports chief said Wednesday.

Lee Kee-heung, president of the Korean Sport & Olympic Committee (KSOC) and IOC member, said he has asked the IOC to address Tokyo's marking of Dokdo, South Korea's easternmost islets, as Japanese territory on a map on the Tokyo 2020 website. Separately, the KSCO also raised the issue with the Japanese Olympic Committee.

South Korea has maintained effective control of Dokdo with a small police detachment since its liberation from Japanese colonial rule in 1945. 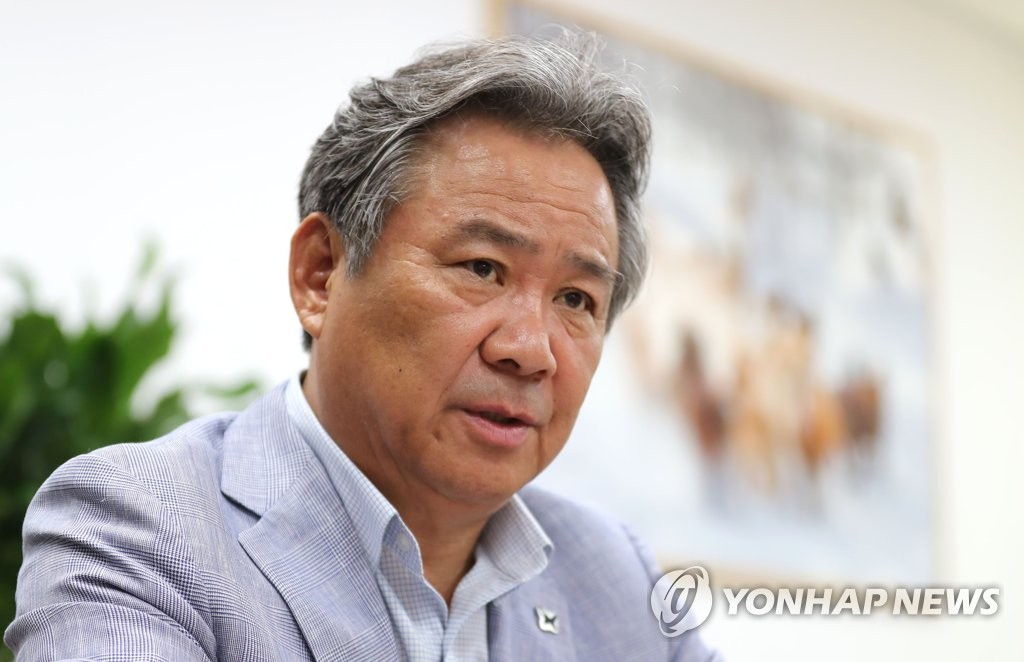 "I received a response from the IOC that it will take steps based on precedents," Lee said. "Much as we accepted the IOC's recommendations last year at the PyeongChang Winter Olympics, Japan will have to do the same."

Lee was referring to South Korea's removal of Dokdo from the Korean Unification Flag during the 2018 Winter Games. The flag depicts a unified Korean Peninsula in blue against white background and was used during PyeongChang 2018's opening ceremony when athletes from South and North Korea marched together. The IOC recommended it be taken out to avoid politicizing the Olympics.

Dokdo was also left off the flag when the two Koreas competed as one in a select sports at the 2018 Asian Games in Jakarta and Palembang, Indonesia.

South Koreans have also voiced concerns about contaminated food being served to their athletes during the Tokyo Olympics. The torchy relay will start in Fukushima, the venue for softball and baseball games during the Olympics, although the prefecture is mostly associated with the 2011 earthquake and nuclear disaster. In an effort to tout the area's recovery from the tragedy, Japan has said local Fukushima products will be offered to competing athletes.

"The IOC values the safety of the Olympic athletes above all else, and it has taken a great interest in possible radioactivity in Fukushima produce," Lee said. "It's perhaps a more pressing issue than doping, and I think the IOC will offer a definitive answer on the issue."

Lee said, in response to recent comments by some lawmakers, that boycotting the Tokyo Olympics isn't the solution.

"Politics and sports should be considered separately," Lee said. "We have to raise issues with the situation, but we can't get too far ahead of ourselves." 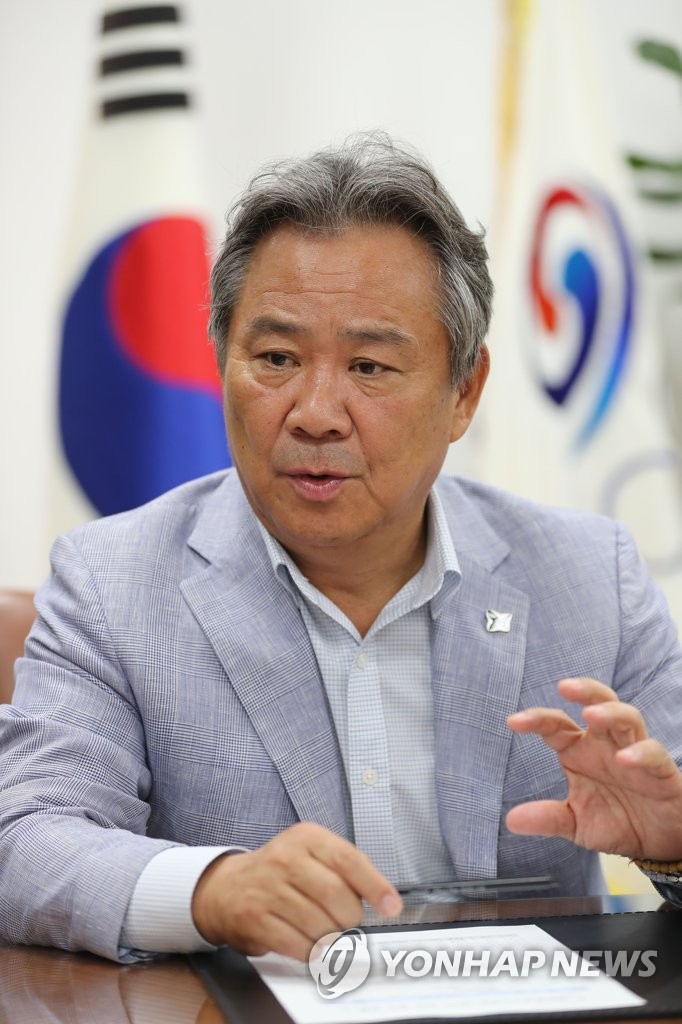 South Korea won't do itself any favors by boycotting Tokyo 2020 when it's trying to co-host the 2032 Summer Olympics with North Korea, Lee added.

The IOC recently removed a rule stipulating that Olympic host cities be chosen seven years in advance and opened the door for multiple cities to share the quadrennial competition.

Seoul and Pyongyang won't have to wait until 2025, and Lee said he'll try to win the joint bid well ahead of time. He added that Seoul's hosting of the general assembly of the Association of National Olympic Committees (ANOC) in November next year will give the city an opportunity to sell international sports leaders on the pan-Korean bid.

Lee also unveiled a plan to push for a joint-Korean hosting of the 2024 Winter Youth Olympics, which he said would act as "a bridge" to the 2032 Summer Games.

Lee said Seoul, Pyongyang and Gangwon Province, site of PyeongChang 2018, would share the 2024 Winter Youth Olympics, which will be the competition's fourth edition.