Abe sent the offering to Tokyo's Yasukuni Shrine via an aide, Kyodo News reported. It marked the seventh consecutive year for him to send an offering to the shrine on the Aug. 15 day of surrender since taking office in December 2012.

Abe, however, is not expected to pay a visit to the shrine.

Abe visited the shrine in 2013, sparking strong protests from South Korea and China. He has not since paid a visit there and sent an offering instead.

Visits to the shrine by Japanese leaders have been a key source of tension in the region as the neighboring countries have riled strongly against such moves as an attempt to glorify the country's militaristic past. 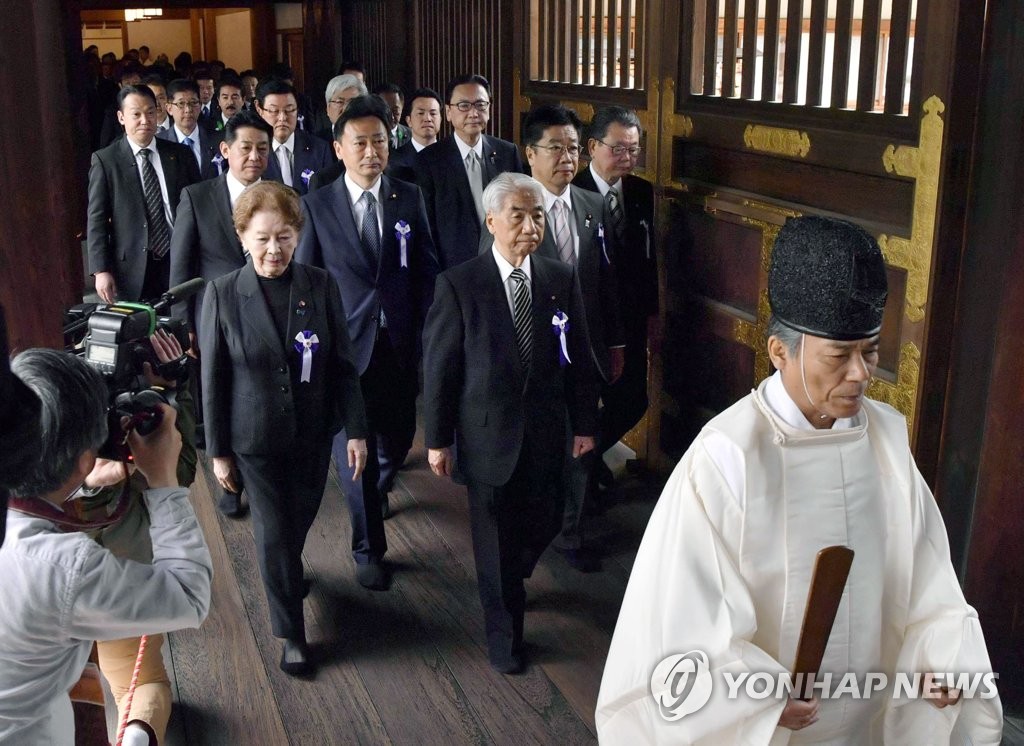