WASHINGTON, Aug. 16 (Yonhap) -- The United States is committed to maintaining close relationships with both South Korea and Japan, the State Department said Friday amid reports that Washington's top diplomat expressed his support for Tokyo's view on the issue of wartime forced labor.

Japanese media have reported that U.S. Secretary of State Mike Pompeo recently agreed with Japanese Foreign Minister Taro Kono's assertion that all matters of compensation related to Tokyo's past use of forced labor were settled under a 1965 deal normalizing ties between South Korea and Japan.

The issue of forced labor has been at the center of an ongoing trade dispute between the two U.S. allies, as Seoul views Tokyo's recent export curbs as retaliation for South Korean court rulings that ordered Japanese firms to compensate Koreans who were victims during Japan's 1910-45 colonial rule of the Korean Peninsula.

Asked about the reports, a State Department spokesperson reiterated Washington's position on the Seoul-Tokyo row.

"As an ally and friend to both the Republic of Korea and Japan, the United States believes it is critical to ensure strong and close relationships between and among our three countries in the face of our shared regional challenges, including those posed by the DPRK, as well as our other priorities in the Indo-Pacific and around the world," the spokesperson told Yonhap News Agency.

South Korea's presidential office, Cheong Wa Dae, said earlier that it had confirmed with the U.S. that the Japanese news reports were not true. 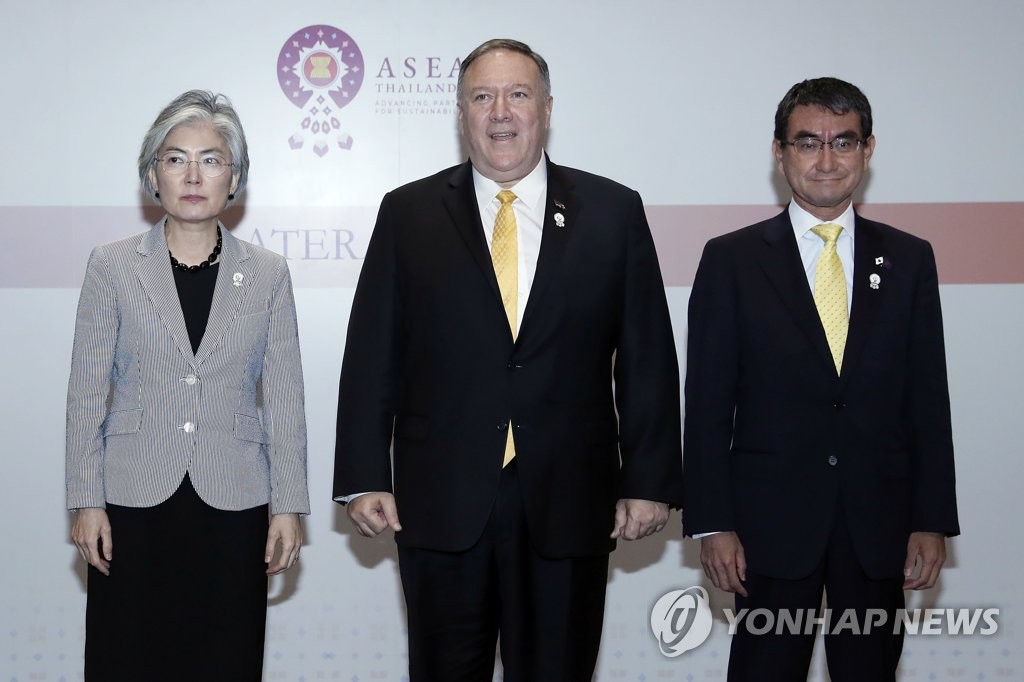