SEOUL Aug. 20 (Yonhap) -- Off to its first-ever official break in its sensational seven-year career, K-pop super band BTS is away from the public eye, but the presence of its members' surprise internet feeds and release of a special photo album continues to make the world music scene abuzz with the beloved band.

Dropping a YouTube video of the seven BTS members, flawlessly dressed up against the backdrop of a Korean wood-and-clay traditional house, "hanok" in Korean, last Thursday, BTS announced the arrival of their annual summertime photo album, "Summer Package," whose presales began Monday and official release is set for Sept. 26.

This year's "Summer Package," a set of photos capturing the BTS members at a vacation site, their tour guidebooks and related fan merchandise, features the scenic South Korean county of Wanju, a famous tourist spot known for a heritage hanok village and two surrounding mountains. The photo album series previously covered the Philippines' Coron Island and the U.S. territory of Saipan.

The preview video clip for "2019 Summer Package in Korea" garnered nearly 3 million views in five days, providing a rare chance to savor the Korean band, while the band members were on their first vacation since their debut in 2013. 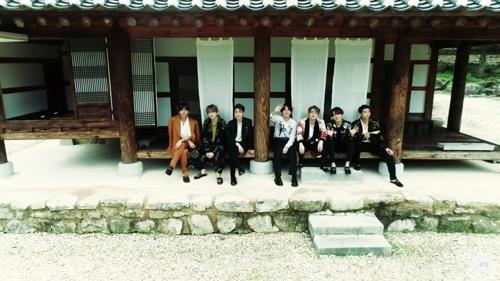 The news of the band's summer break created as much global media attention as their relentless feats on the world music scene have done, when its agency Big Hit Entertainment announced on Aug. 12 that BTS will be going on an "extended" period of rest and relaxation.

A whirlwind of overseas media reports on what was taken to be BTS' long hiatus from the music scene made buzz, rendering royal fans, famously known as ARMY, tearful but supportive of the band's perceived long-term leave.

As the speculations spiraled fast, however, Big Hit stepped in during the middle of last week to clarify the break will be a "brief" one, and it will soon return to the stage, reassuring ARMY and the media.

"It has been widely reported that BTS will be taking a hiatus. To clarify, BTS will only be taking a brief but well-deserved vacation," a representative of Big Hit said in an emailed statement through the Associated Press last Wednesday.

"We want to assure all of the BTS ARMY, fans, friends and the media that the group is excited to get back on the stage very soon for their scheduled stadium tour. More exciting BTS news and events to come!" the official said, clarifying that the break will not last long.

As Big Hit said, BTS has "relentlessly driven themselves toward their goal" in the past six years to become the first band since the Beatles to take three No. 1s on the Billboard 200 album chart in less than two years. 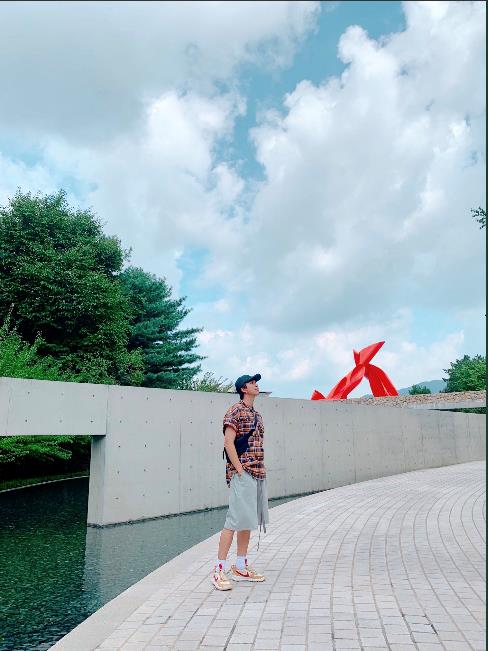 Even during their prized time off so far, the members were busy keeping in touch with their fans through SNS feeds and live broadcasting, providing a glimpse into their rare vacation life and reaching out to their adoring fans from around the world.

Member Jimin was one of the first to report to fans.

Appearing on a live video log on the first day of the vacation on Aug. 12, Jimin talked about his vacation plans and feelings about the first vacation.

"It's a big problem that I don't have any vacation plans yet. I often spend my time off meaninglessly when I am alone and can find nothing to do. But I will try to make the most of this vacation," he said in the live internet broadcasting through Naver.

"Nam-joon and I used to be in agony when our vacation became extended ... because we felt that we were making a mistake and killing the precious time with which we needed to do something," he also said, looking back on the band's past.

Jimin appeared for the live camera again last Wednesday, inviting two other members in front of the camera -- first Jin and then team leader RM whose real name is Kim Nam-joon -- to talk about their daily life on vacation.

Also last week, Jin, as if already bored with the rare vacation, joked on the Weverse fan mobile application that "I will propose (Big Hit) extend the (world tour) concert. It seems impossible though."

Member V uploaded on an official BTS Twitter account two short video clips of himself listening to music in a car, while Suga released two photos of himself lying alongside his famous pet dog Holly, disclosing a laid back moment of his vacation.

Befitting his well-known pastime of museum visits, leader RM also tweeted photos of his visit to a scenic museum Monday after Jimin showed off a Twitter-posted photo of himself next to American musician Alec Benjamin the previous day.

Exactly how long the official pause would last has not been elaborated by the band's agency, but their return will not be later than Oct. 11 when the band is officially scheduled to perform in Riyadh, the capital of Saudi Arabia.

In the meantime, the band members' SNS communication and live broadcasting will stand in for their absence from the scene. 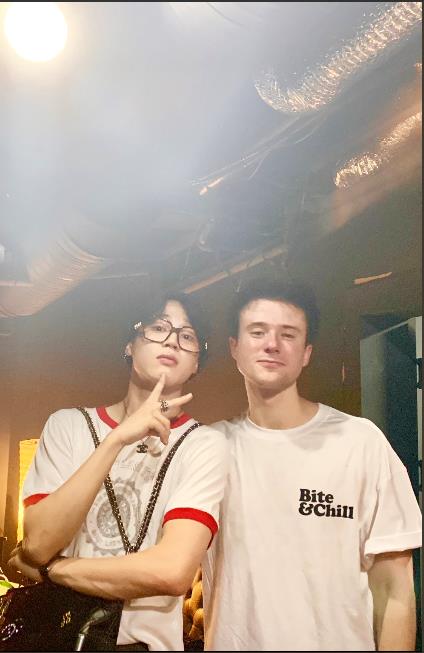