SEOUL, Aug. 21 (Yonhap) -- North Korea on Wednesday blamed the United States for heightened tensions on the Korean Peninsula in a departure from its restraint from directly criticizing Washington.

In recent weeks, Pyongyang has mostly leveled criticism at South Korea for conducting a joint military exercise with the United States, calling it a rehearsal for invasion, but it has refrained from directly criticizing the U.S. in an apparent bid to keep dialogue momentum alive.

"The U.S.' unchanged hostile policy is pushing our country toward taking self-defense countermeasures to get rid of potential and direct threats," the Rodong Sinmun, the North's official newspaper, said in a commentary.

Citing the joint drill that ended Tuesday and South Korea's introduction of high-tech weapons from the U.S., the paper blamed Washington for heightening tensions, which it said could hamper efforts for constructive dialogue.

"If tensions flare up, relations cannot be improved, confrontation arises, and there will be no constructive dialogue and genuine peace," the paper said.

"We have warned more than twice that such an (anti-North Korea) republic scheme as the joint military exercises could prevent improvements in North Korea-U.S. relations and lead us to reconsider important measures that we have taken," it added.

The paper, however, appeared to avoid using strong language against the U.S., indicating that it remains open to talks and negotiations with Washington.

"It is our consistent stance that we oppose confrontations of power and push for improving bilateral relations with the U.S. and building lasting and solid peace on the Korean Peninsula through talks and negotiations," the paper said.

Speculation is growing that the U.S. and North Korea might resume their denuclearization negotiations soon as U.S. President Donald Trump earlier said that North Korean leader Kim Jong-un expressed his willingness to resume talks once the military exercise between Seoul and Washington is over.

Trump and Kim agreed to restart working-level talks within several weeks when they met at the inter-Korean border on June 30. The promised talks have not taken place amid tensions sparked by the North's recent series of weapons tests in protest of the Seoul-Washington military exercise. 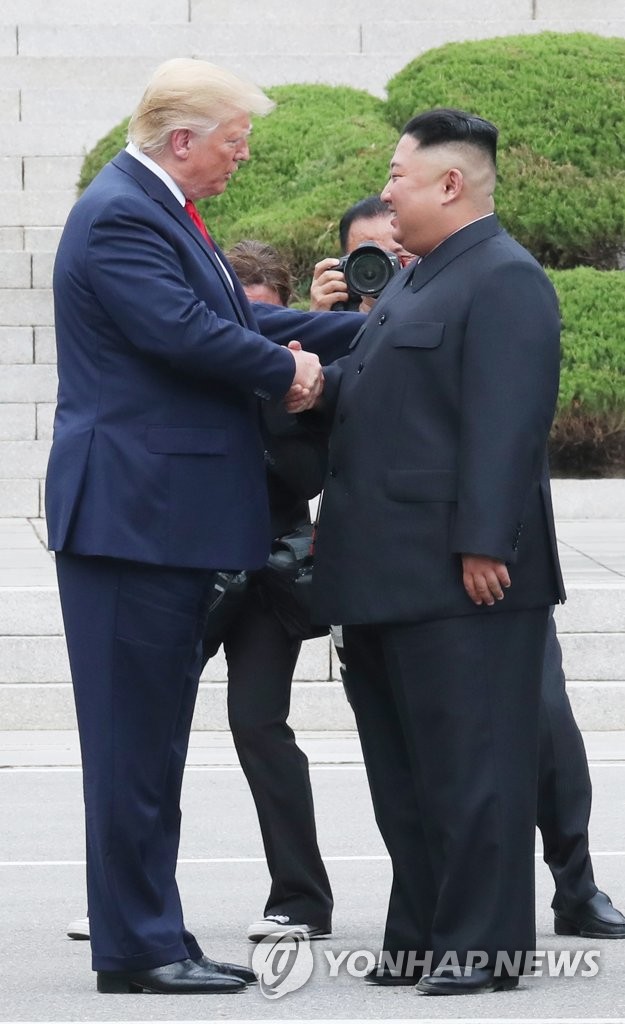