Earlier, Seoul announced its decision to end the General Security of Military Information Agreement amid a dispute with Tokyo over trade and history. 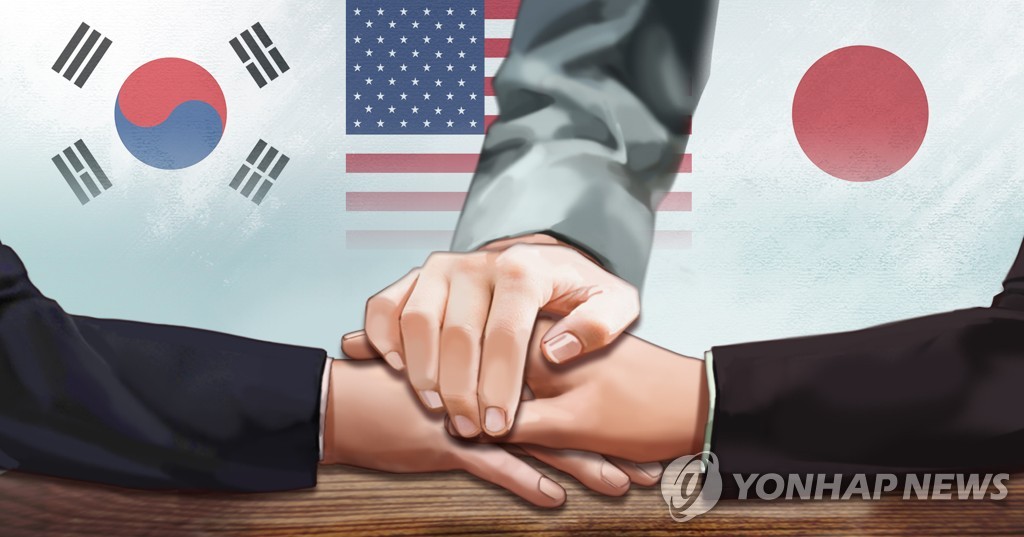 "The Department of Defense expresses our strong concern and disappointment that the Moon Administration has withheld its renewal" of the agreement, Pentagon spokesman Lt. Col. Dave Eastburn said in a statement, referring to South Korean President Moon Jae-in.

"We strongly believe that the integrity of our mutual defense and security ties must persist despite frictions in other areas of the ROK-Japan relationship. We'll continue to pursue bilateral and trilateral defense and security cooperation where possible with Japan and the ROK," he added. ROK stands for South Korea's official name, the Republic of Korea.

The statement came only hours after a South Korean presidential official said the U.S. had expressed its understanding of Seoul's decision.

Eastburn also used stronger language than in an earlier statement, in which he had said the U.S. encourages South Korea and Japan to work together to resolve their differences.

"I hope they can do this quickly," he had said. "We are all stronger -- and Northeast Asia is safer -- when the United States, Japan and Korea work together in solidarity and friendship. Intel-sharing is key to developing our common defense policy and strategy."

The termination of GSOMIA marks the culmination of a spat that began with Japan's decision to curb exports of sensitive materials to South Korea in early July.

Seoul denounced the move as retaliation for a South Korean court ruling that ordered Japanese firms to compensate Korean victims of forced labor during Tokyo's 1910-45 colonial rule of the Korean Peninsula.

The dispute escalated with Japan's delisting in August of South Korea from a list of trusted trading partners and Seoul's tit-for-tat action to remove Tokyo from its own list.

Washington has continued to encourage its two allies to find a solution while stating its readiness to facilitate dialogue between them.

Still, it has refrained from playing an active intermediary role out of concern it could be seen as taking sides.

GSOMIA, which was signed in 2016, is now set to expire in November, raising concerns about effective three-way cooperation against North Korea's nuclear threats and China's growing military assertiveness.