SEOUL, Sept. 4 (Yonhap) -- Since its debut in 2010, "Running Man" has captivated fans at home and in the broader Asian region with its unique competition-oriented format and lineup of hilarious show members, becoming a fixture in Sunday evening prime time.

It now is the longest-running variety show on the SBS channel.

This Sunday, the TV show will celebrate its nine-year run with a special episode featuring a fan meeting and music concert of its emcees, including Yoo Jae-suk, Lee Kwang-soo and Kim Jong-kook. The event was held recently in Seoul.

The broadcasting market has witnessed major changes in trends during the nine-year journey of "Running Man," with more formats now focused on featuring the everyday, real life of stars and their families.

But "Running Man" would like to survive the shifting trends to retain its presence as a program to nurture new TV stars, the show's chief producer Jeong Cheol-min said in a press conference on Wednesday.

Through the show, several entertainers have established their show business careers, including most notably the show's standing member Lee Kwang-soo, who earned stardom among Asian fans. 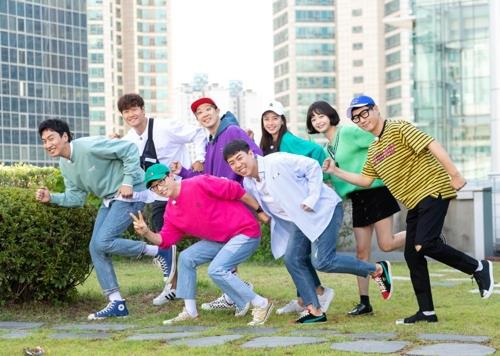 "Starting off as a game variety show, 'Running Man' faced many difficulties in terms of versatility," the SBS producer said, adding that he plans to infuse new elements into the nine-year show to rejuvenate it.

As an industry insider, Jeong also referred to a major change taking place in the media environment. With the increasing dominance of YouTube and other internet-based media outlets, TV is losing its influence as a source for spawning media stars, he said.

"There's effectively no place for novice entertainers to launch their careers. So I hope variety shows like 'Running Man' could survive to the end to provide a venue for would-be stars," Jeong noted.

"It would be easier to follow the trend (in the media industry). But I am not willing to do so," he said, adding, "I wish my successors would continue to stick to 'Running Man' or programs like this even if I part with the show."

The producer passed credit for the show's global success to the main MC Yoo Jae-suk and the other members.

One major secret of the show's global success may lie in its format that doesn't require understanding of the Korean language, he also added.

Jeong recalled the departure in 2016 of Gary, a former show member and musician, as the biggest crisis in the show's nine-year journey.

"The show's viewer rating fell from double digits to single digits to tumble below the 5 percent point. Everybody was under pressure," the producer said, attributing the show's rebound to "life-or-death" efforts by the show's remaining MCs.

"(Yoo) is crazy about TV show making and has a clear, established philosophy of his own on that matter," he said. 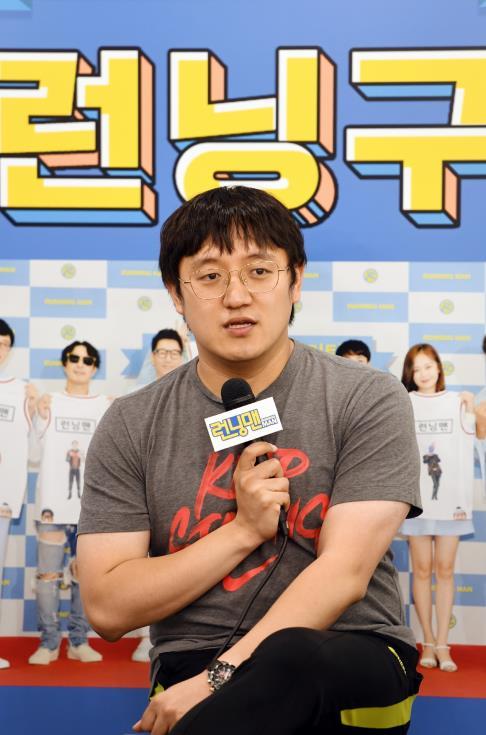