SEOUL, Sept. 9 (Yonhap) -- A special exhibition by the National Hangeul Museum kicked off its five-month run Monday to explore the Korean alphabet's potential as a design motif.

The exhibition, "Transformations: Experiments in Hangeul Design," brought together some 300 creative visual works by 22 Korean designers and design teams.

They include graphic design, pieces of furniture, installation works and fashion design, all inspired by the visual and structural qualities of hangeul, the indigenous Korean writing system created by King Sejong in the 15th century.

The designers focused on the symmetric and modular qualities of the Korean alphabet, in which multiple vowels and consonants can combine to form one syllable.

Other works on display also include a parquet design inspired by hangeul by Yoo Hye-mi and a sculpture piece by Kwak Chul-an, a weighty metal work that highlights the three-dimensional quality of the Korean alphabet when it was written on paper with a traditional brush and ink. 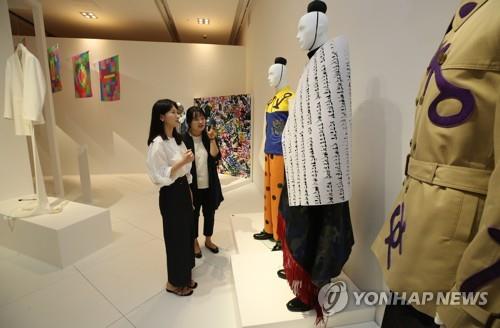 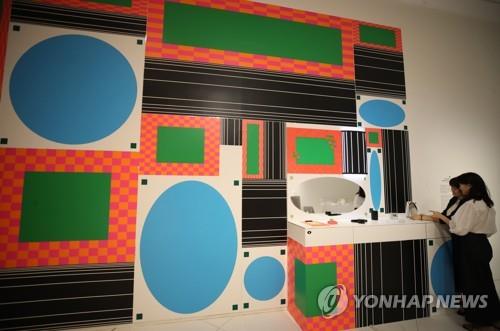 Celebrating the opening of the exhibition, the third show in the national museum's "Hangeul Design Project," the museum will throw a fashion show late Monday featuring hangeul-inspired garments, which will go on display in a separate exhibition on the museum's premises from Wednesday to Sept. 22.

"The latest exhibition aims to reinterpret and provide new perspectives on hangeul and to shed light on the value of hangeul as artistic and industrial content," Director Kim Nak-jung told reporters.

"This year marks the fifth anniversary of the opening of the National Hangeul Museum ... and I hope this project would help direct the public's attention to the museum," he said.

Having kicked off Monday, the exhibition will last till February 2, 2020, with free admission.

Following the local exhibition, it will move to Paris for display around October next year at the Korean Cultural Center in the French capital. 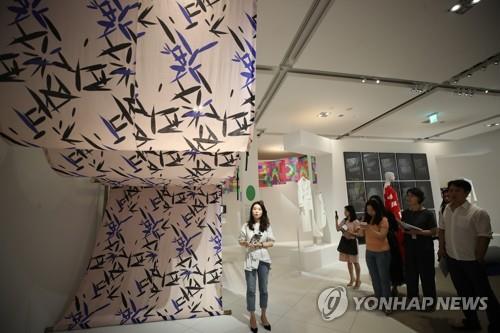