The abridged and annotated audio version of the book, by Israeli author Yuval Harari, drew 15,000 new subscribers to Millie's Library within a week of its release.

Boosted by that success, the e-book distributor has employed an army of celebrities, like film director Park Chan-wook, old-school K-pop star Kim Dong-wan and actress Ku Hye-sun, to present and increase the allure of books through their voices.

This year, Millie's Library further solidified its lead in the burgeoning e-book market, with the launch of the new Millie Original project under which dozens of young, rising star writers released new literary works exclusive to the mobile-app or e-book reader-based service. 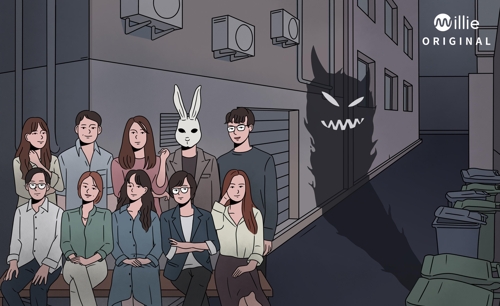 The essay series, whose first episode was released on Sept. 5, will hit Millie every Thursday with a new episode depicting the stories behind the podcast he operates with K-pop indie singer Yozoh.

It was the first non-fiction Millie Original title the company is publishing on its platform after 17 young Korean novelists unveiled their literary works in the experimental e-book project earlier in the year.

Cho Nam-joo, the author of "Kim Ji-young, Born in 1982," South Korea' first million-selling novel since 2009, released her latest book, "Do You Know Papa Bomnal," on Millie, becoming the first of the 17 writers to join the service's e-book publication project.

Including Cho, seven of them wrote under the Millie Original project's first novel series theme, "Landmark," followed by the second project "Monster."

Ten other novelists then took turns releasing a new novel every week under the theme, "Monster," for two months from early July, earning Millie rare recognition as a mobile literary publication platform. Among the authors are Djuna, Yun I-hyeong and the author of hit novel "Almond," Son Won-pyeong. 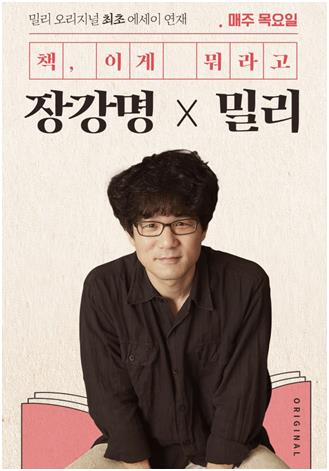 "Chat Book" is another program available for access with the monthly subscription, a mobile chatting-inspired reading format that allows a new experience of reading to young readers accustomed to mobile conversation as a means of communication.

Such creative content pushed Millie's membership to some 1 million in less than four years since its launch in 2016.

By the end of this year, the company is also planning to expand its e-library to include nearly 50,000 titles and to have the biggest catalogue of best-selling and new books, according to Millie.

Millie's unusual success signals a major shift in the publishing industry and demonstrates the potential of e-books at a time when printed books are giving way to mobile video content as a means of disseminating information and spending leisure time.

"The vision of Millie's Library is to expand the common ground between reading and readers and to contribute to building the habit of reading," Millie's spokeswoman, Jeon Somee, said, adding that the company is seeking the revival of book reading.

"Millie is also preparing various special contents to help readers see reading as something familiar, that can be enjoyed on an everyday basis, and build their own habit of book reading," Jeon said.