SEOUL, Sept. 14 (Yonhap) – South Korean bulk carriers are likely to see improved earnings in the third quarter of the year on the back of strong freight rates, analysts here said Saturday.

The Baltic Dry Index (BDI), a measure of freight for commodities, last week topped 2,500 points, the highest since 2010, according to data from the London-based Baltic Exchange. Although the index fell to the 2,400 range this week, it's still more than double that in January and nearly 70 percent higher than a year ago.

A rising BDI indicates increased shipping demand, which means more commodities are being traded on the market and buyers are active in placing orders.

"Increased shipping volume of iron ore and high demand of South American grains are pushing up the index," said Kim Young-ho, an analyst at Samsung Securities Co. " A slow fleet growth and a steady number of ship demolitions are also reasons behind the strong BDI." 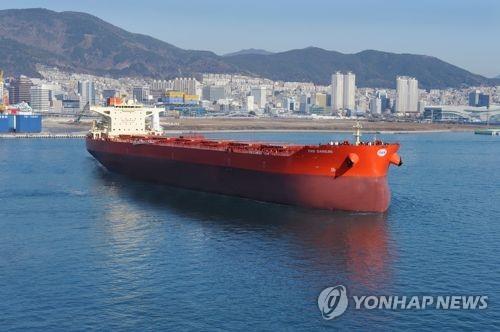 The BDI is likely to remain high during the remainder of the year as more ships will go off-hire to cope with the toughened environment regulation from the International Maritime Organization (IMO).

The IMO will implement a mandatory curtailment of sulfur oxide emissions on Jan. 1, 2020, forcing vessel owners to install sulfur-reducing equipment like scrubbers on their ships.

"As of June 2019, only 3 percent of bulk carriers in the world were equipped with scrubbers, but that portion is expected to reach 10 percent in the second half," said Jung Yeon-seung, an analyst at NH Investment & Securities Co. "Shippers' fuel tank cleaning schedule is also concentrated in the fourth quarter, meaning not many bulk carriers will be available to operate late this year."

Pan Ocean, the nation's top bulk carrier, posted sales of 632.3 billion won in the second quarter, down 6.8 percent from a year earlier, while its operating profit inched up 0.8 percent on-year to 50.5 billion won.

"Before more ships go off-hire, cargo owners will place shipping orders in advance," said Kang Seong-jin, an analyst at KB Securities Co. "Many old ships will be scrapped due to the IMO regulations, and this will benefit bulkers who have cost competitiveness."

"Though it is not expanding chartered ships due to market uncertainties, Pan Ocean is expected to post 62.3 billion won in operating profit in the third quarter," Park said. "The weak Korean won is also a positive factor." 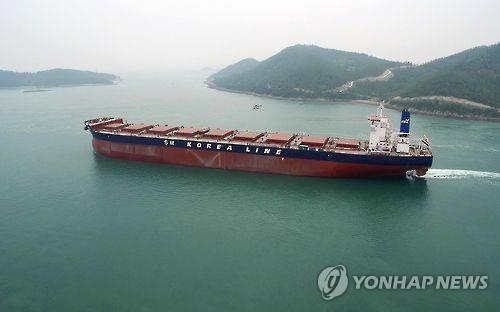