Midfielder Jung Woo-young added a second-half insurance goal with a picture-perfect free kick, as 37th-ranked South Korea prevailed in the Group H showdown against No. 132 Turkmenistan in the second round of the Asian qualification for the 2022 FIFA World Cup at Kopetdag Stadium in Ashgabat.

Coached by Paulo Bento, South Korea are trying to qualify for their 10th consecutive World Cup. 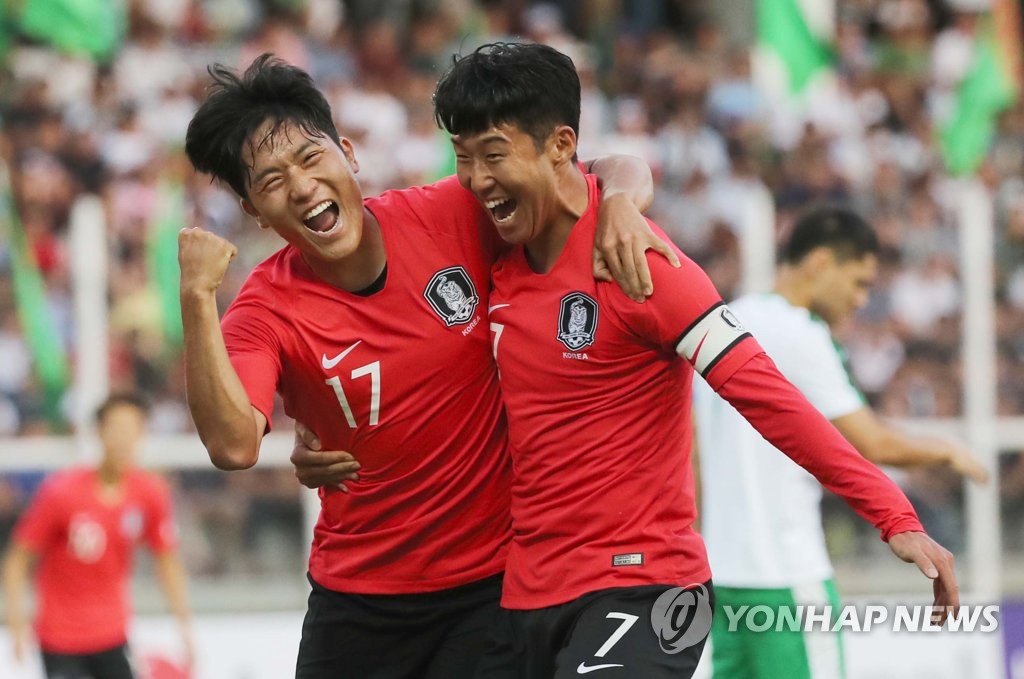 South Korea bounced back nicely from a 2-2 draw against Georgia in a tuneup friendly last Thursday, when they turned in an effort so uninspiring that it prompted Bento to say the first half was the worst 45 minutes of football he'd seen during his tenure.

Bento experimented with a back-three formation in that match and it blew up in his face, with defenders and forwards alike looking out of sorts.

For Tuesday, Bento went back to the more frequently-used back-four system, while moving attackers around on the fly to keep the defense off balance.

With their superior attacking prowess, South Korea started buzzing around the Turkmenistan net right from the get-go. Forward Hwang Ui-jo, coming off a two-goal performance against Georgia, missed out on great looks in the eighth and 11th.

Na delivered the first goal in the 13th on a fortuitous bounce. Lee Yong's cross from the right wing hit the foot of defender Mekan Saparow and went right to Na, who quickly struck it past goalkeeper Mammet Orazmuhammedow.

It was Na's first goal in his eighth international appearance. 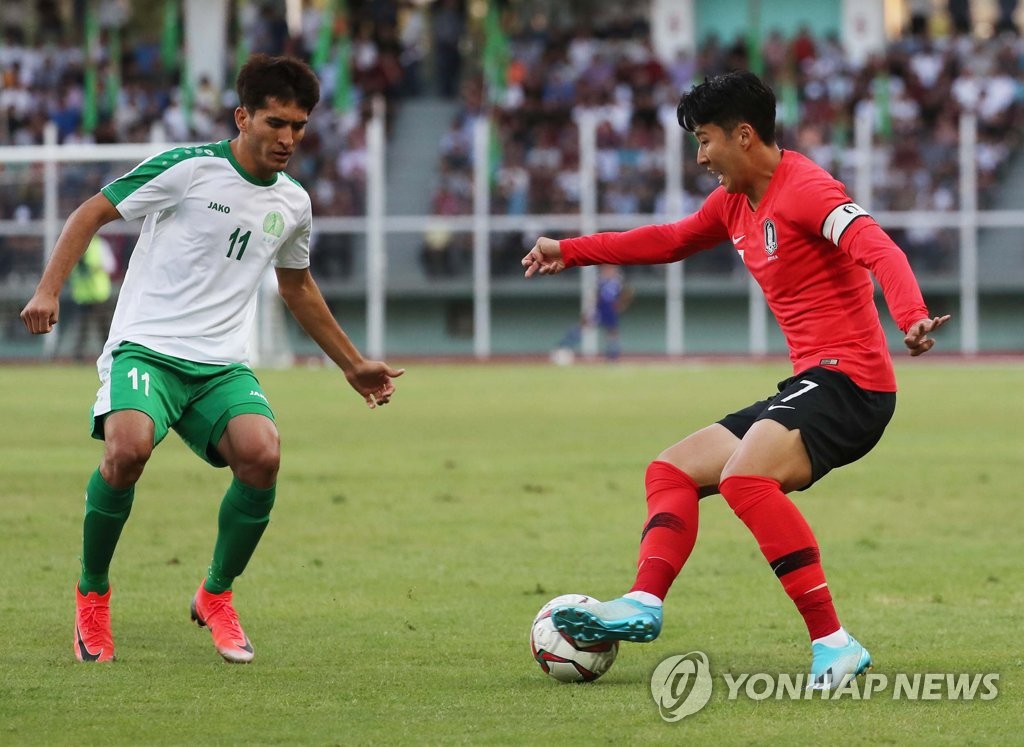 The ball barely left the Turkmenistan zone for most of the first half, as South Korea kept toying with the defense and using crisp passes to create open chances.

Wahit Orazsahedow had Turkmenistan's first shot on target in the 28th, testing goalkeeper Kim Seung-gyu with a hard strike from inside the left edge of the box.

At the other end, Kim Jin-su had a goal wiped out with handball violation in the 39th minute, as the ball struck his left hand before he shot it into the gaping net in a goalmouth scramble.

Turkmenistan tried to push back, and they knocked on the South Korean door a few times in the early moments of the second half. In the 56th minute, Orazsahedow found Murat Yakshiyev sprinting down the middle, but the midfielder misfired badly as he fell to the ground on the shot.

South Korea maintained an edge in ball possession in the second half but didn't generate nearly as many opportunities as in the first 45 minutes.

The visitors could finally breathe after Jung netted the second South Korean goal in the 82nd minute with a gorgeous free kick from just outside the box.

Jung's goal jolted the South Korean offense back to life, with forwards Son Heung-min and Kim Shin-wook nearly picking up the team's third goal in the late moments. Turkmenistan held their ground, though, and managed to keep the score respectable. 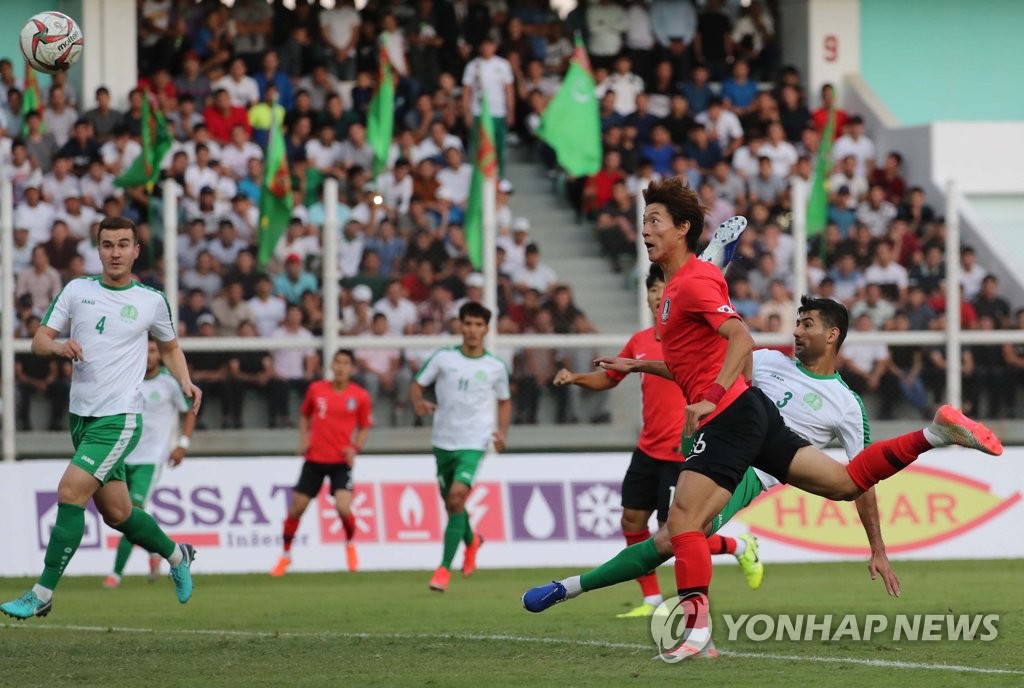 South Korea's next Group H match will be against Sri Lanka at home on Oct. 10. The second round action will continue through June next year, and the top teams from each of the eight groups, plus four-best runners-up, will qualify for the third round.

In the other Group H match of Tuesday, North Korea defeated Sri Lanka 1-0 in Colombo to improve to six points. Jang Kuk-chol scored in the 67th minute to give North Korea their second straight victory, following a 2-0 win over Lebanon in Pyongyang last Thursday.