ASHGABAT, Turkmenistan, Sept. 10 (Yonhap) -- It all happened so quickly. But when the opportunity came, Na Sang-ho didn't miss it.

Na, a 22-year-old midfielder for South Korea, netted his first international goal in the team's 2-0 victory over Turkmenistan in the second round of the Asian World Cup qualifying tournament here on Tuesday. 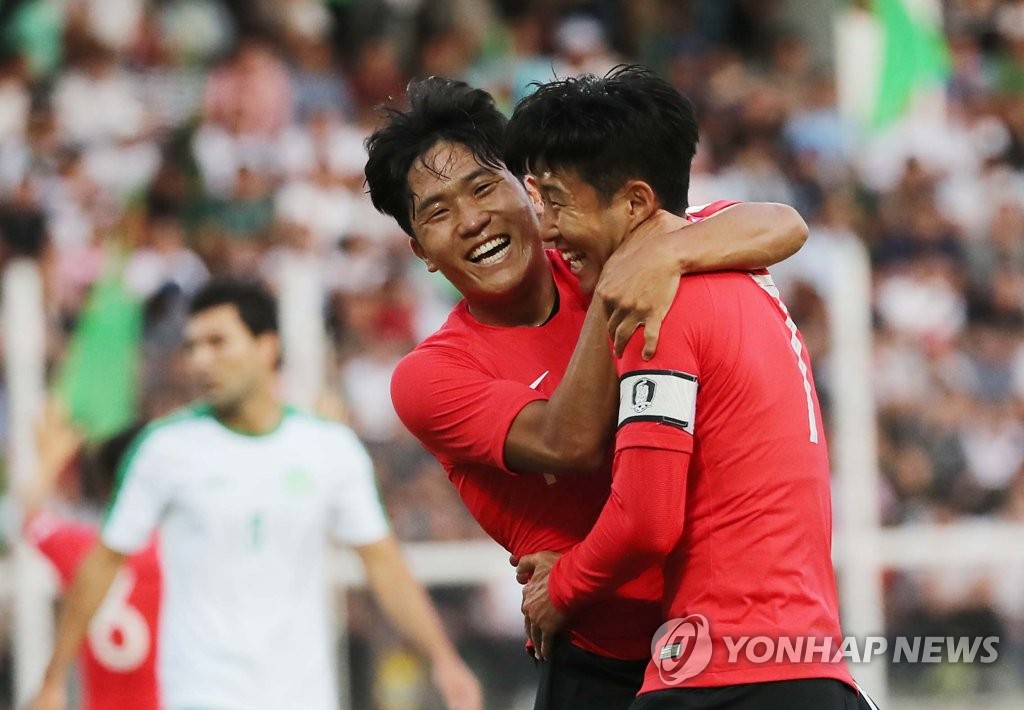 The goal came in the 13th minute of a match that South Korea dominated from the opening kickoff. Before the goal, the visiting side had already threatened a few dangerous opportunities, including one by Na in the 10th minute from a tough angle. But with Turkmenistan locking down on the defense harder by the minute, the match was teetering on the brink of becoming frustrating for South Korea. If Na hadn't scored when he did, South Korea could well have lost the momentum they had built early on.

Na capitalized on a lucky bounce to score that goal. Fullback Lee Yong sent a cross from the right wing in the general direction toward the net, and the ball deflected off defender Mekan Saparow's foot and went right to unmarked Na. In one motion, Na fired it home to put South Korea ahead 1-0.

Na has been one of the mainstays in midfield for head coach Paulo Bento, who took over South Korea in August 2018. Na made his international debut in a friendly against Australia last November, and also earned call-ups for two friendlies each in March and June. 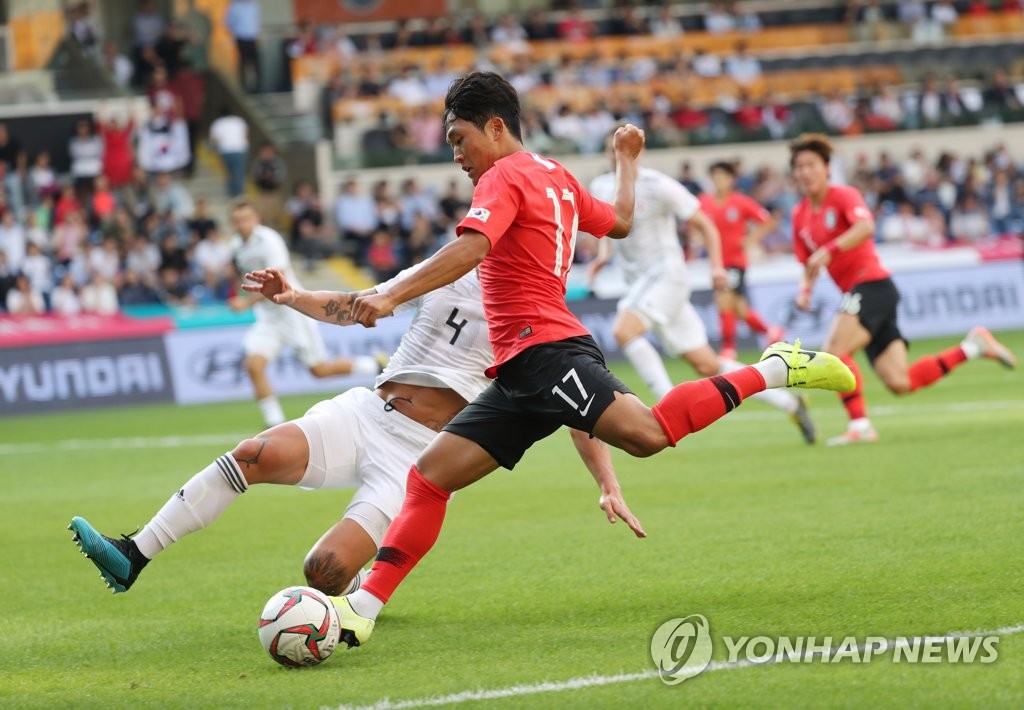 Na's credentials don't jump off the page. He'd been playing for Gwangju FC in the second-tier K League 2 when he got Bento's call for the first time last year, and he joined FC Tokyo in the top Japanese circuit this year with little fanfare. But Bento, who has been blind to players' club affiliations as long as he thinks they can contribute to the national team, has always liked Na's nose for the goal. And the player finally had his breakthrough on Tuesday.

It was one of the few bright spots in a match that South Korea failed to translate their possession dominance into more goals.