Fresh loans extended to local households came to 7.4 trillion won (US$6.2 billion) last month, up from a 5.8 trillion-won gain in the month before, according to the data from the Bank of Korea (BOK).

The growth in new household debt has steadily picked up pace since January when it gained only 1.1 trillion won from a month earlier, marking the slowest on-month growth in 24 months. 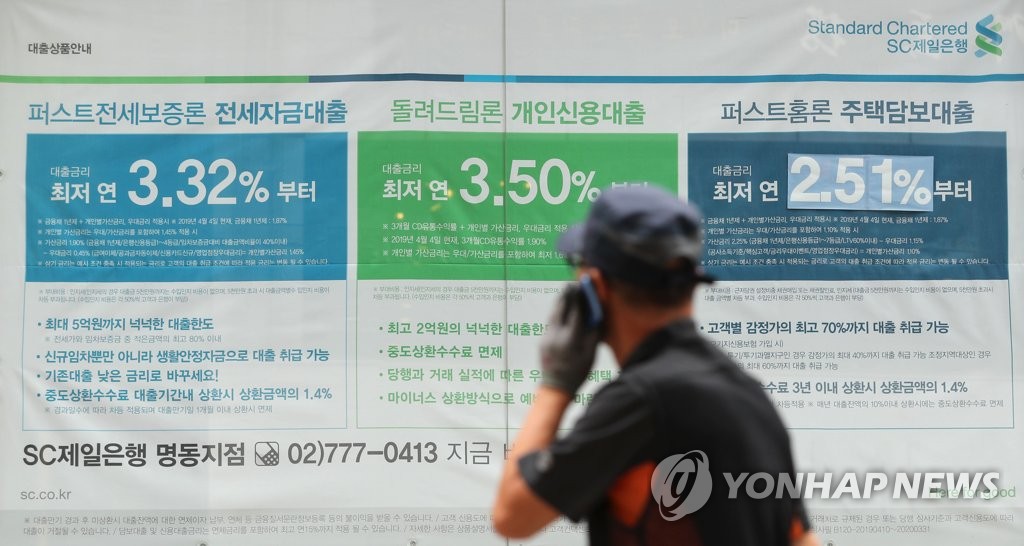 The BOK attributed the increase in August to an apparent rise in demand for new homes.

The number of people moving into new apartments in the capital area jumped to 21,000 in the month from 19,000 the month before.

Home-backed loans freshly extended by local banks to households also jumped to 4.7 trillion won from 3.7 trillion won over the cited period, according to the central bank.

As of end-August, outstanding bank loans to households came to 862.1 trillion won.

The rise in corporate loans also picked up pace, growing at the fastest clip in three months.

Bank deposits surged 24.8 trillion won in the month, marking a sharp turnaround from a 9 trillion-won fall the previous month.