WASHINGTON, Sept. 11 (Yonhap) -- U.S. President Donald Trump said Wednesday that former National Security Adviser John Bolton "set us back" in denuclearization negotiations with North Korea by demanding the regime follow the "Libya model" and hand over all of its nuclear weapons.

Bolton quit the administration on Tuesday following disagreements with Trump on policies including how to denuclearize North Korea.

The hawkish adviser had once advocated the "Libya model" that calls for North Korea to give up its nuclear weapons program before receiving any concessions in return. 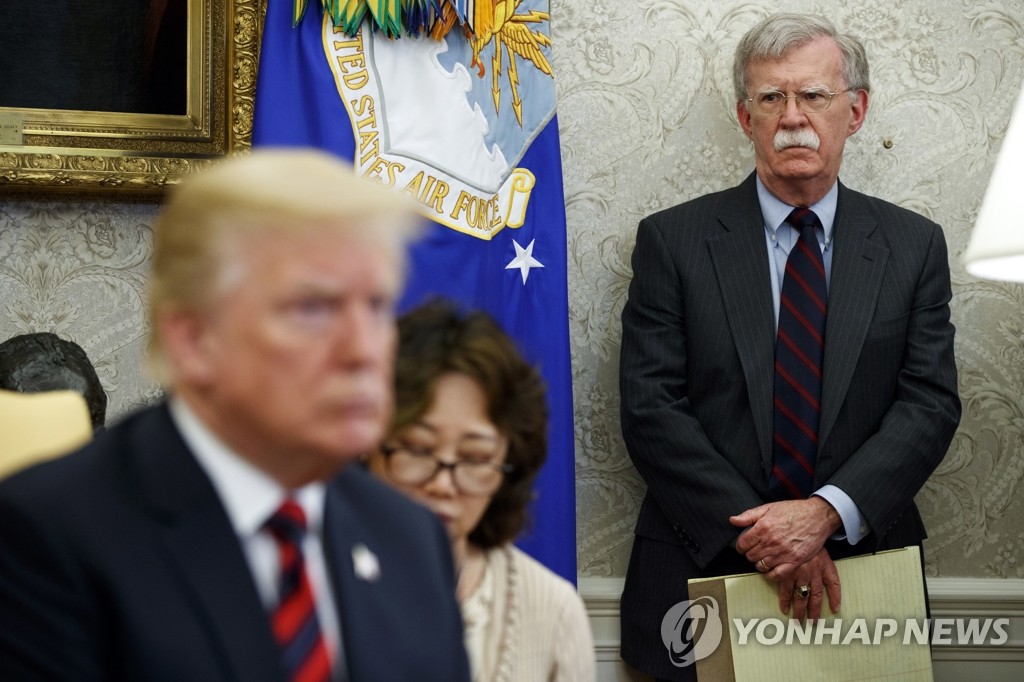 Libya surrendered its weapons of mass destruction program in 2003, but its then-leader Muammar Gaddafi was toppled from power and killed by NATO-backed rebel forces in 2011.

North Korea has bristled at suggestions it should follow the same steps and vowed never to meet the same fate as the North African country.

"As soon as he mentioned the Libyan model, what a disaster," Trump said. "And he's using that to make a deal with North Korea. I don't blame Kim Jong-un for what he said after that, and he wanted nothing to do with John Bolton. And that's not a question of being tough. That's a question of being not smart to say something like that."

Trump said Tuesday that he had asked Bolton for his resignation. Bolton disputed the account, saying he had resigned of his own accord.

The talks have been stalled since Trump and Kim's second summit in Vietnam in February ended without a deal due to differences over the scope of North Korea's denuclearization and sanctions relief from the U.S.

"I really believe that North Korea would like to see something tremendous happen," Trump said. "This could be one of the most unbelievable experiments ever, North Korea."