WASHINGTON, Sept. 20 (Yonhap) -- U.S. President Donald Trump boasted Friday of his successes in getting detainees back from foreign nations and cited the case of Otto Warmbier, an American college student who died in 2017 shortly after being released from North Korea.

Trump made the comment as he praised his new national security adviser, Robert O'Brien, who previously served as the administration's envoy for hostage negotiations. 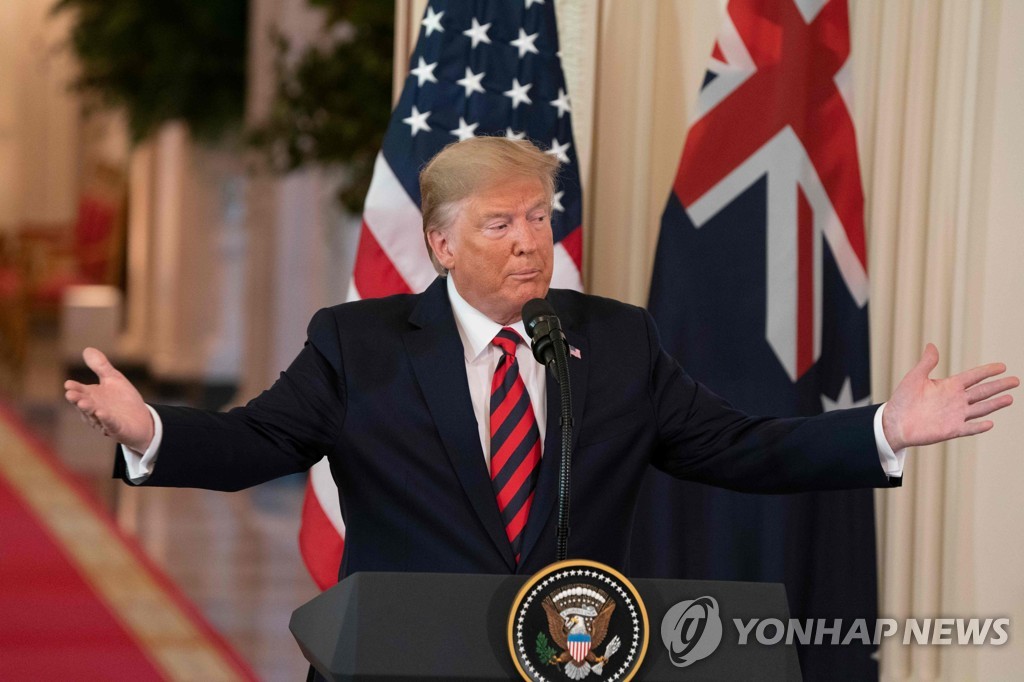 "I think we can say that there has never been anybody that's done better than you and I as a combination," Trump said during a joint press conference with Australian Prime Minister Scott Morrison at the White House. "We brought many people home and we brought them home quickly. Speed is a very important thing, I find, with hostages."

Mentioning Warmbier, who was detained in the North for more than a year and found in a coma when U.S. officials went to secure his release, Trump lamented that he was not brought out sooner.

The University of Virginia student was detained by the North during the previous administration of President Barack Obama for allegedly trying to steal a political poster from a Pyongyang hotel.

"I had dinner the other night with the Warmbier family, an incredible family," Trump said. "The whole family and some of Otto's friends in addition to the family. We had 25 people over on Saturday night and we did that dinner really in Otto's honor and it was a beautiful thing.

"We talked about Otto," he said, "and I will tell you that people should have moved faster. And Robert and I were talking about that. They should've moved faster. He was there for a long time."

Trump described Warmbier's condition as "horrible" when he arrived home, but stopped short of assigning blame on the North Korean regime.

"What happened to him was actually incredible," he said.

The Warmbier family has accused the North of torturing Otto despite Pyongyang's repeated denials.