"For the next three weeks, we should not loosen up," Kim said during a meeting to check the ongoing quarantine and disinfection efforts at the government complex in Sejong, an administrative hub located 130 kilometers southeast of Seoul.

On Tuesday, the South Korean authorities confirmed the country's first case of the highly contagious virus at a farm in Paju. The country reported the second confirmed case of the disease in Yeoncheon the following day.

The minister also stressed the need to pay more attention to the disinfection efforts as Typhoon Tapah heading northward could hinder the efforts to stem the disease.

He, in particular, ordered officials to ban unauthorized people from entering pig farms for the next three weeks and run disinfection facilities in key areas vulnerable to infection around the clock. 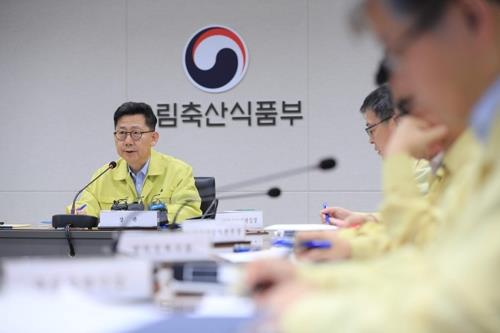