The new suspected case was reported from a farm in Yeoncheon, north of Seoul, according to the agriculture ministry.

If it tests positive, it will be the 14th ASF case to occur in South Korea. The country has not reported any confirmed ASF cases since last Thursday.

The first confirmed case of ASF in South Korea was reported on Sept. 17.

So far, all confirmed cases have been reported north of Seoul, with quarantine officials rolling out intensive operations in the affected areas to prevent the virus from reaching other parts of the country.

South Korea has so far completed the culling of around 150,000 pigs within the 3-km radius of 13 infected farms in the region north of Seoul. The figure accounts for more than 1 percent of all pigs being raised in the country.

The ASF virus is not harmful to humans, but it is fatal for pigs and has no cure. 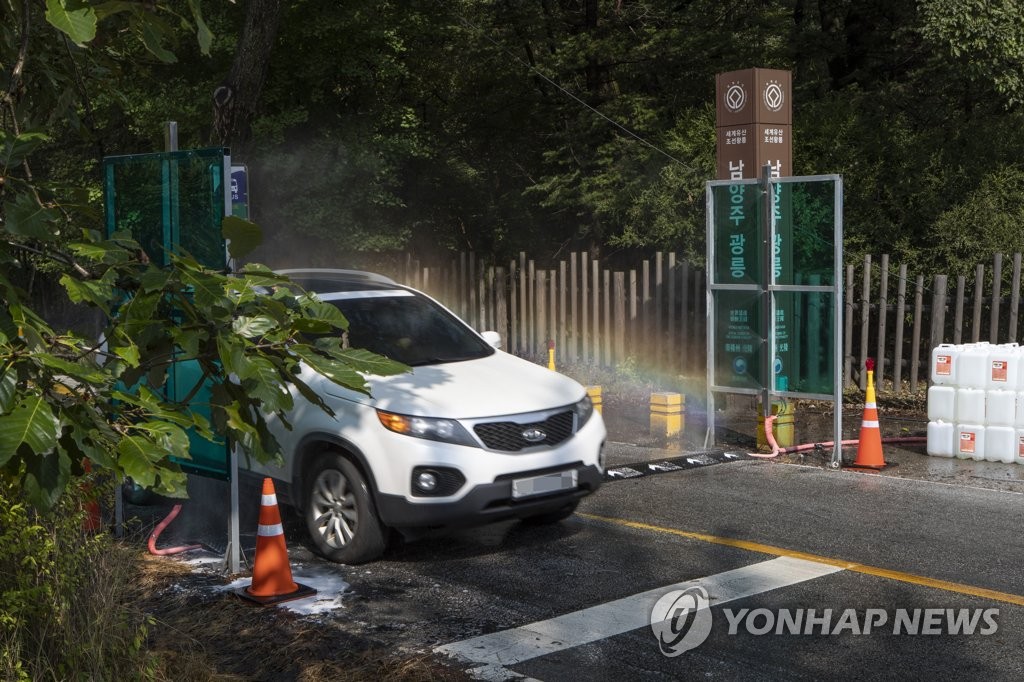