Under the deal with the Defense Acquisition Program Administration (DAPA), Hyundai Heavy will deliver the first of three upgraded Aegis destroyers, named Gwanggaeto-III Batch II, by November, 2024, to be used by the Navy.

The new Aegis destroyer will be 170 meters long, 21 meters wide and be able to sail at a maximum speed of 30 knots per hour, according to Hyundai Heavy.

Compared to the present destroyers, the new vessels will have much improved combat systems that can detect and track targets at greater distances and with more precision, the shipbuilder said.

Hyundai Heavy previously built two destroyers for South Korea's Navy -- The King Sejong the Great in 2008 and the Seoae Ryu Seong-ryong in 2011. 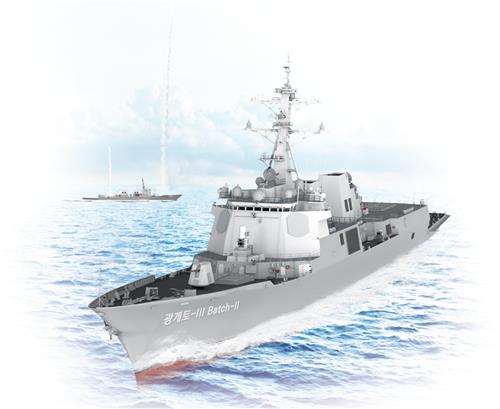