A team headed by Heo Won-do at the Korea Advanced Institute of Science and Technology used a so-called nano green fluorescent protein (GFP) to develop an optogenetically activated intracellular antibody (optobody) that can fight infections, according to the Institute for Basic Science (IBS), which supported the research.

"GFP light shed on separated and inert antibodies, allowed for their merging and making them active again. This change then impeded a protein that facilitates the movement of cells," the IBS said.

It added that researchers also found a similar chemically activated intracellular antibody that can restrict the movement of cells.

The main focus of the discovery is that certain light can be used to get antibodies to selectively target a protein in a quick and precise manner. In the past, chemicals were used to activate antibodies, but this was not conducive to fine control, the institute said.

"The research, by confirming that light can be used to regulate proteins, makes it possible for further advances to be made that can lead to the creation of antibodies capable of fighting illnesses and help develop next generation immune system-based anti-cancer drugs," Heo said.

The findings have been published in the Oct. 15 issue of the international Nature Methods journal under the title "Optogenetic activation of intracellular antibodies for direct modulation of endogenous proteins." 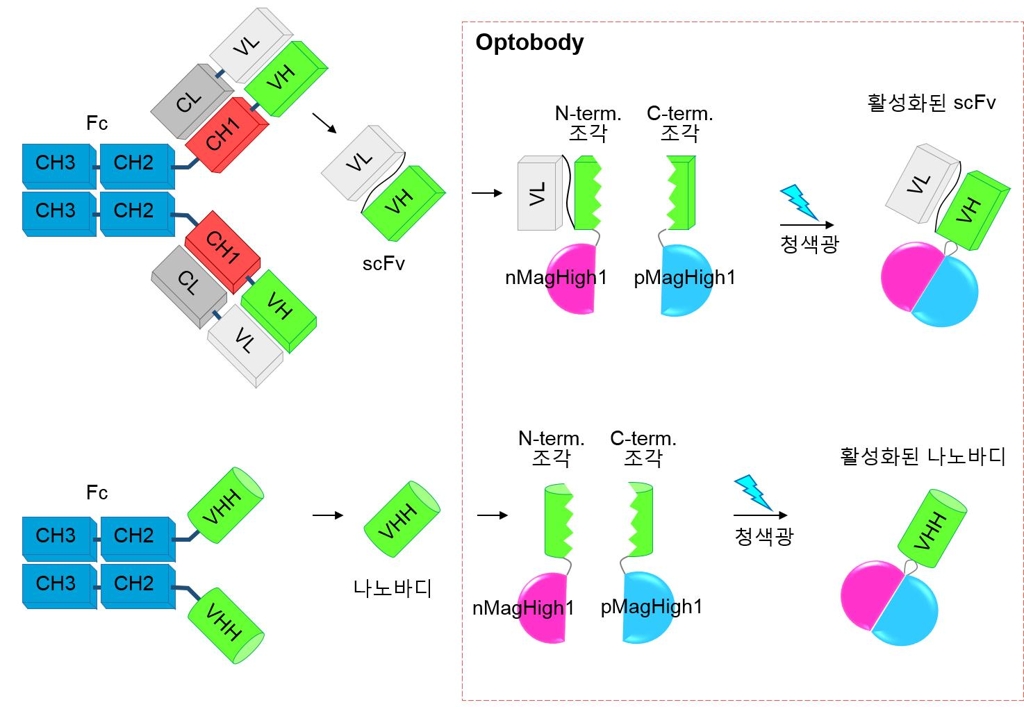