SEOUL, Oct. 15 (Yonhap) -- South Korea has developed a machine control device that can make robot operations easily and safely, a state-run institute said Tuesday, a move that could lead to the growth of smart factories.

The "robot-teaching" apparatus created by researchers at the Department of Robotics and Mechatronics led by Do Hyun-min can be attached to a robot and be controlled intuitively by direct control by a human operator, the Korea Institute of Machinery and Materials said. It uses a multidirectional control unit similar to a computer mouse to teach the robot to follow precise instructions.

It said such a device, based on a specially created algorithm, can raise efficiency of robot operations and be managed by ordinary people with minimum training. This could lead to the growth of smart factories of the future.

The institute said its researchers also created an advanced collision avoidance system to protect people from unexpected injuries caused by the movement of machines and tools.

It said the device is easy to install and remove, and can even be operated remotely if space is limited. The robot-teaching unit, moreover, only weighs 500 grams so it will not put any real burden on a robot.

"The newly developed apparatus is noteworthy because it is very operator friendly so a human worker can easily make a robot respond swiftly, which will raise his or her effectiveness to get work done," Do said. 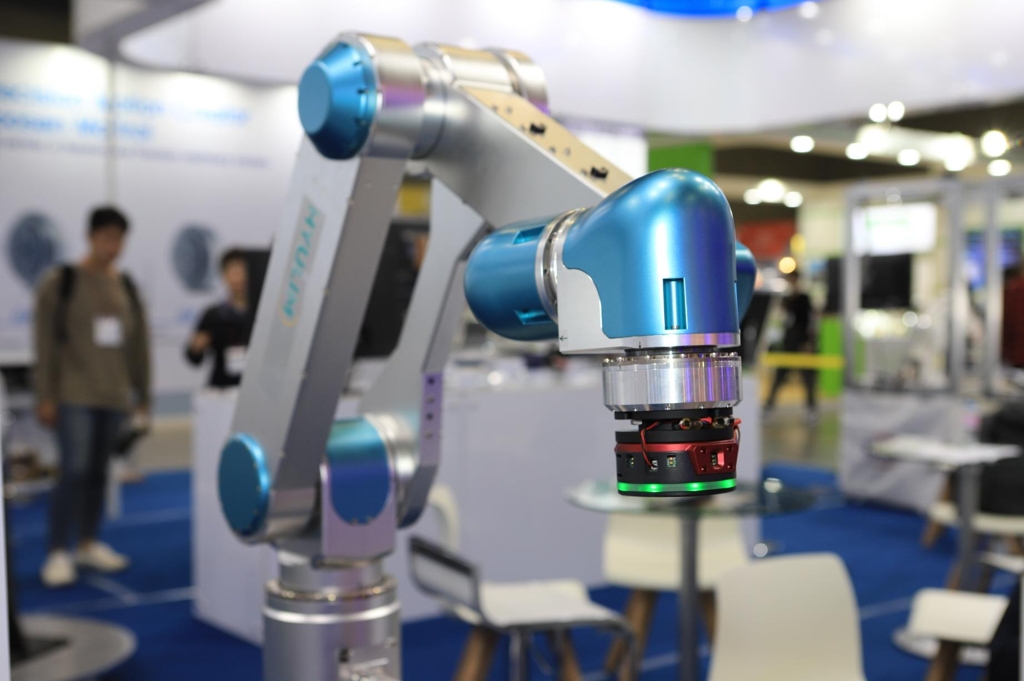