The move comes as it is impossible for most countries to build and maintain various types of robots needed to deal with emergency situations involving nuclear plants, the Korea Atomic Energy Research Institute said.

The institute said delays and confusion over emergency response measures following the meltdown at Japan's Fukushima nuclear plant in 2011 highlighted the importance of cooperation.

"The power outage and radiation concerns made it impossible for emergency response teams to determine what was happening," the institute said at a workshop of nuclear experts from the United States, Britain, Russia and Germany in Daejeon, 160 kilometers south of Seoul.

It said Germany and France offered to send robots designed to work in nuclear emergencies, though no prior checks had been made to see if they could actually be used in Fukushima.

It pointed out that only with the deployment of U.S. military drones and robots did Japanese authorities get a clear picture of what was actually happening so they could take action.

The atomic energy institute said countries need to exchange information on the types of robots they have and set up a joint plan to deploy such machines quickly if the need arises.

It said South Korea has been strengthening its robotics know-how to build machines and related support infrastructure that can be used in emergency situations. 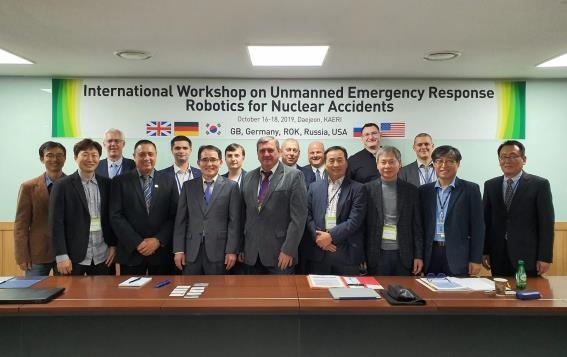