Hyundai Motor's brand value improved to US$14.1 billion in 2019 from $13.5 billion a year earlier, the company said in a statement, citing global brand consulting firm Interbrand's 100 top brand rankings for this year.

"Hyundai's advance in brand value is mainly helped by its aggressive investment in hydrogen fuel-cell electric and other next-generation vehicles and future mobility technologies," an Interbrand official was quoted as saying in the statement.

Under the plan, the carmaker will establish two separate plants to churn out 500,000 hydrogen vehicles in 2030. A hydrogen car is considered to be environment-friendly since it emits only water vapor as it generates electricity.

Moreover, Hyundai plans to set up a US$4 billion 50:50 joint venture with Ireland-based autonomous vehicle startup Aptiv next year to develop a self-driving platform.

Interbrand annually announces the world's 100 most valuable brands based on their growth potential and performances.

The South Korean carmaker first entered the Interbrand rankings in 2005 when it earned the 84th position with its brand value of $3.5 billion, it said. 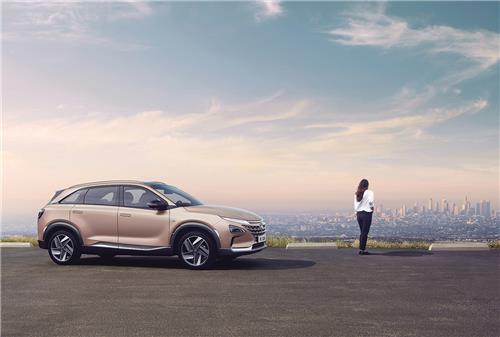