The history major asks the elderly woman, "How hard was it when you were at my age?" and she responds, "It is impossible to forget that memory, forever!"

In the video, which has also been uploaded with Japanese and English subtitles, Yang also says, "I love reminding them."

The video parodying a Uniqlo advertisement that critics claim intentionally mocks victims of forced labor and sexual slavery during Japan's colonial rule, has been viewed more than 117,000 times in three days. 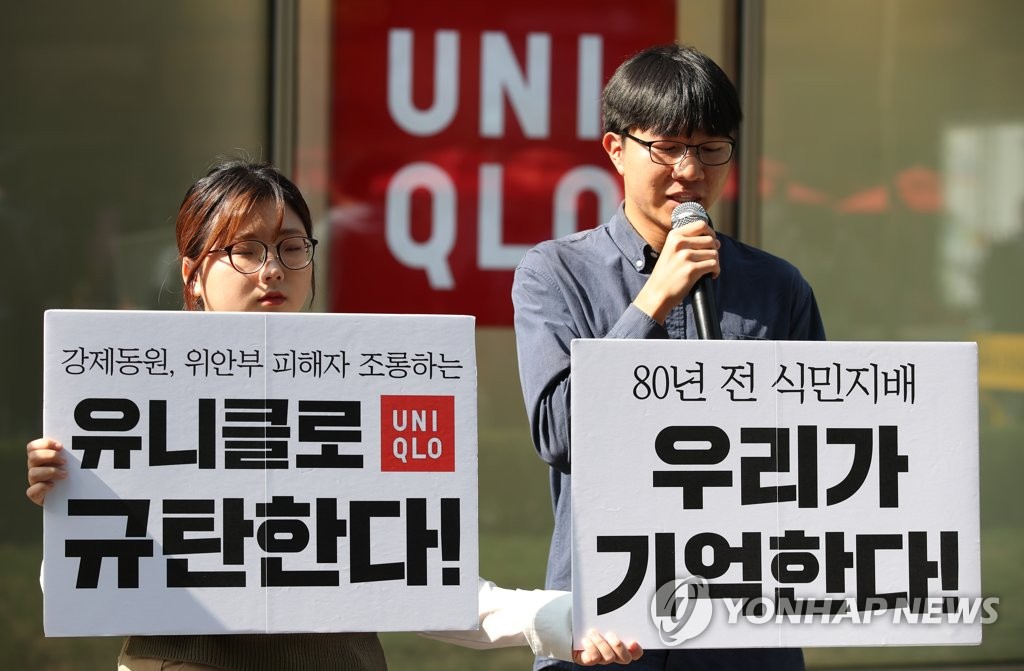 When Rogers asks how Apfel dressed when she was her age, the elderly celebrity responds, "Oh my God. I can't remember that far back," while a Korean subtitle read, "I can't remember things that happened more than 80 years ago."

While Uniqlo released a statement denying "any political motive," the ad had sparked criticism for its reference to 80 years ago when South Korea was under Japan's colonial rule from 1910-45.

The company argued that subtitles were translated to emphasize the age difference between the two models and to make it easier for local customers to understand the intent of the advertisement.

Wartime forced labor is a thorny issue in Korea-Japan relations.

Seoul and Tokyo have been mired in a trade war after the South Korean Supreme Court ordered Japanese firms to compensate forced labor victims during Japan's colonial rule of the Korean Peninsula.

Japan, however, launched export curbs against South Korea in early July in apparent protest at the Moon Jae-in government's handling of the historical dispute.

Seoul hit back with its own export control scheme and a filing to the World Trade Organization over Japan's export regulations.

The two countries' clash has extended to areas beyond trade. In August, Seoul announced it will end the General Security of Military Information Agreement (GSOMIA).