SEOUL, Oct. 22 (Yonhap) -- A Swedish special envoy was set to arrive in Seoul late Tuesday for talks with South Korean officials about efforts to denuclearize North Korea, a source said.

Kent Rolf Magnus Harstedt will meet with Lee Do-hoon, special representative for Korean Peninsula peace and security affairs at the foreign ministry, on Wednesday, according to the source. He is also likely to pay a courtesy call on Foreign Minister Kang Kyung-wha the following day.

The two envoys are expected to share their assessments on the working-level nuclear negotiations between Washington and Pyongyang held near Stockholm last month.

It was the first working-level talks since the no-deal Hanoi summit between U.S. President Donald Trump and the North's leader Kim Jong-un in February. The two sides remained far apart over the scope of the North's denuclearization and U.S. concessions in return.

Harstedt visited Pyongyang in early July and met with Ri Su-yong, vice chairman of the North's politburo, in an apparent effort to assist the release of Alek Sigley, an Australian student who had been detained in the communist state for unknown reasons. Sigley was freed in the next few days.

Sweden established diplomatic relations with North Korea in 1973 as the first Western country and has often acted as a bridge between Washington and Pyongyang. It hosted the working-level nuclear talks between the top envoys of the U.S. and the two Koreas in January before the Trump-Kim meeting. 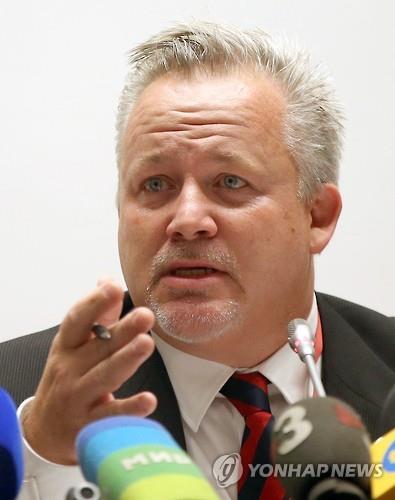