SEOUL, Oct. 23 (Yonhap) -- With a pair of goals in a key victory, Tottenham Hotspur's Son Heung-min has equaled the South Korean scoring mark in European football.

Son netted two goals in Tottenham's 5-0 rout of Red Star Belgrade in their Group B match of the UEFA Champions League at Tottenham Hotspur Stadium in London on Tuesday (local time). 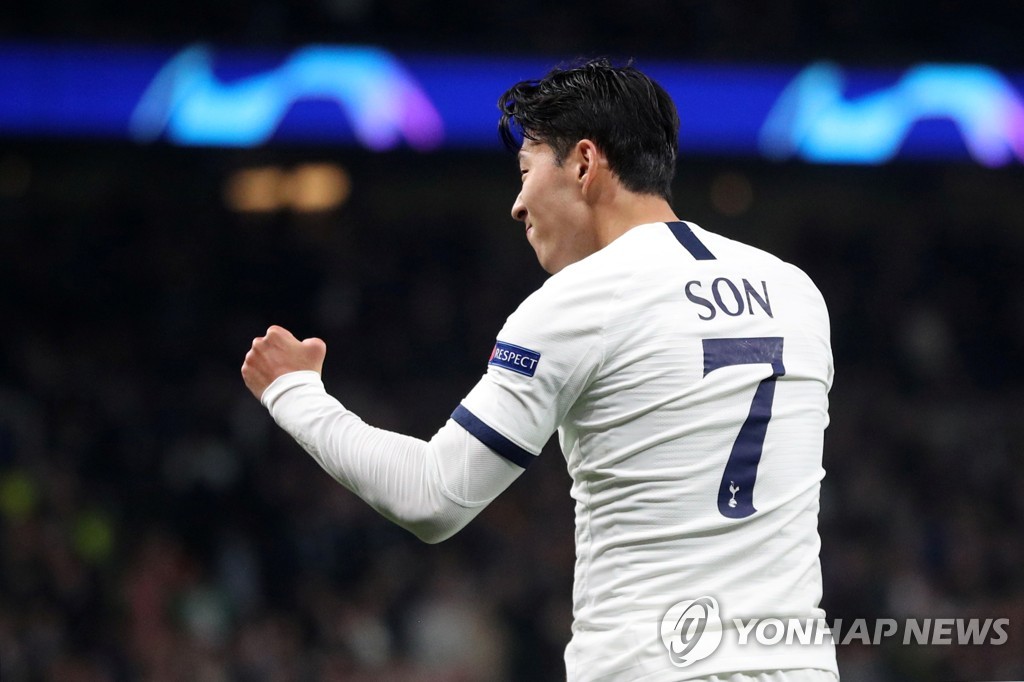 Son's goals in the 16th and the 44th minute were his 120th and 121st of his European career, putting him on a level with former Bundesliga star Cha Bum-kun.

The 27-year-old made his top-flight European debut with Hamburger SV during the 2010-2011 Bundesliga season. He later played for Bayer Leverkusen before taking his talent to London.

Son also owns the record for most goals by a South Korean player in a European season, with 21 goals during the 2016-17 season. Cha had the previous mark with 19 in the 1985-86 season. Son is already Asia's all-time leading scorer in the Premier League, with 44 and counting.

The win was Tottenham's first at this year's Champions League and moved them to second place with four points, five behind the leaders, Bayern Munich.

The Spurs were the finalists at last year's tournament and lost to Liverpool but opened this year's campaign with a 2-2 draw against Olympiacos and a 7-2 drubbing at the hands of Bayern Munich. 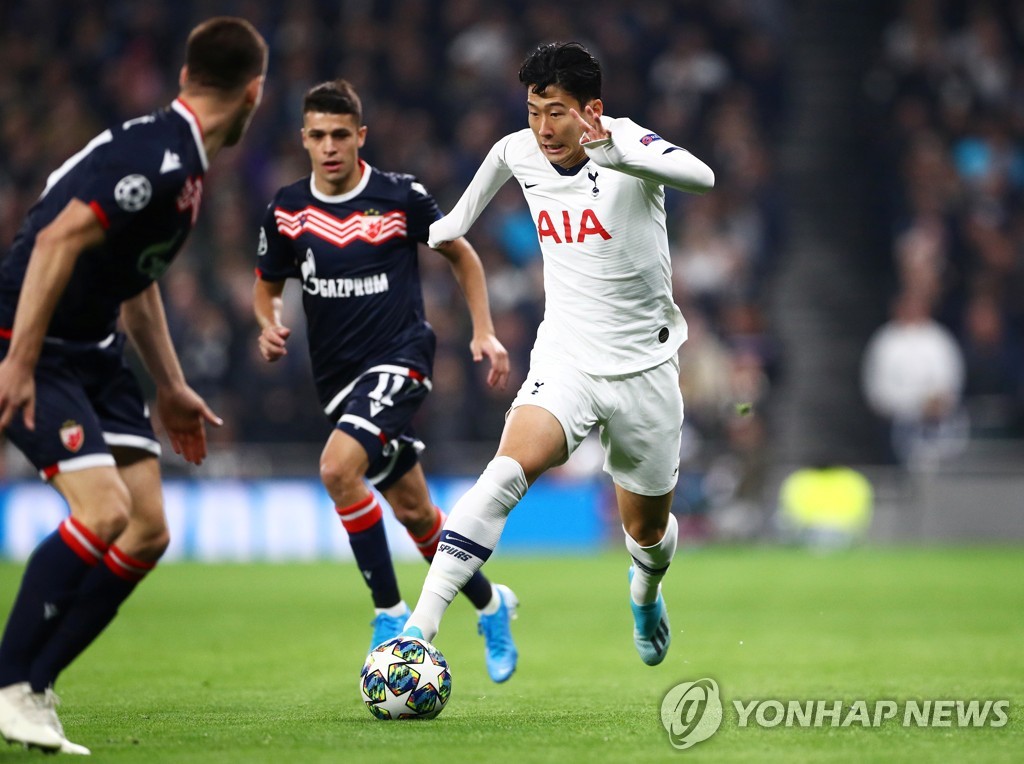 Son had scored in that loss, and he now has three goals in the Champions League and two in the Premier League this season.

Tottenham went up 1-0 on Harry Kane's goal in the ninth minute, and Son doubled his side's lead seven minutes later by meeting an Erik Lamela cross with a half-volley.

Son sent Tottenham into halftime with a 3-0 lead, as he finished off a pass from Tanguy Ndombele on a counterattack.

The Spurs added a pair after the break for the breezy win.