What should be done first is to "clearly analyze what position North Korea has and its plan," a Cheong Wa Dae official told reporters.

Earlier in the day, Pyongyang's state media reported leader Kim Jong-un's visit to the tourist zone along the east coast, where South Korea-funded hotels and other facilities are located.

Kim ordered the elimination of all the "unpleasant-looking facilities of the south side" with an agreement with the related authorities of the two Koreas and the construction of "new modern" ones peculiar to North Korea, according to the Korean Central News Agency (KCNA).

The Cheong Wa Dae official said, "If there's any chance to have consultations, we will do so."

Asked if other issues like the cross-border spread of African swine fever could be discussed, the official said it's premature to talk about possible agenda items with no schedule set for inter-Korean consultations. 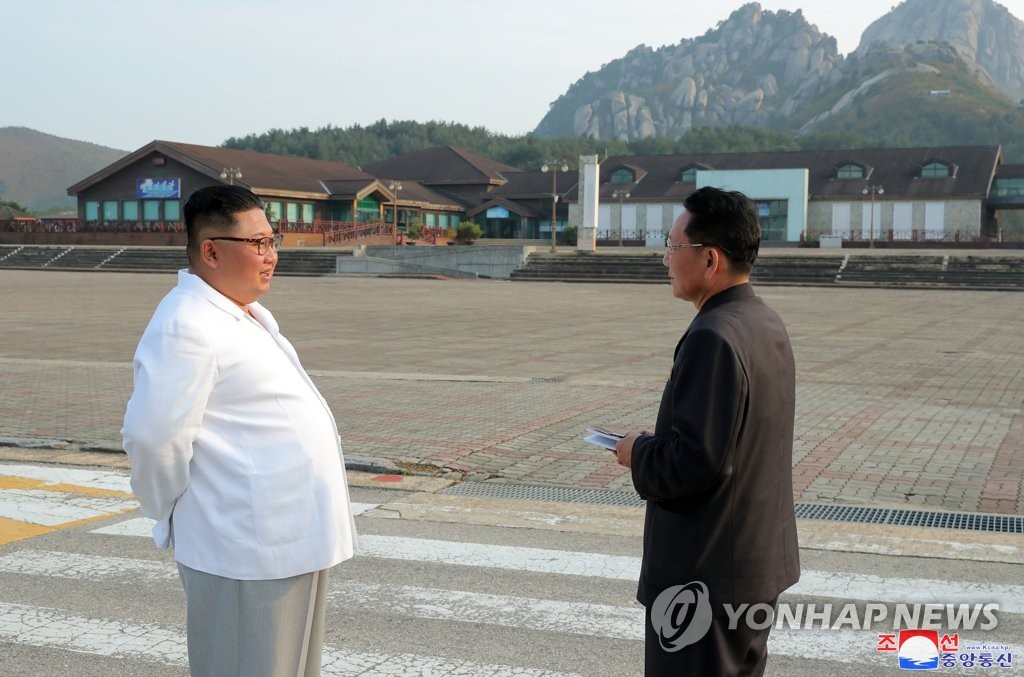