Park received the Film and Beyond Award on Tuesday at 25th annual event underway in the Swiss city from Nov. 1-10.

The award is bestowed upon a cross-disciplinary artist for his or her whole body of work, according to the festival organizer.

Two of Park's full-length films, including "The Handmaiden" (2016), and three short films are being screened at the festival.

"This award is given to directors with a lot of experience and (who are) about to retire, but I will appreciate it as a mid-term settlement for my career," Park said in an acceptance speech.

"As I have worked for 26 years so far, I will be thankful if the Geneva International Film Festival invites me again before my career ends in 2045," he added. 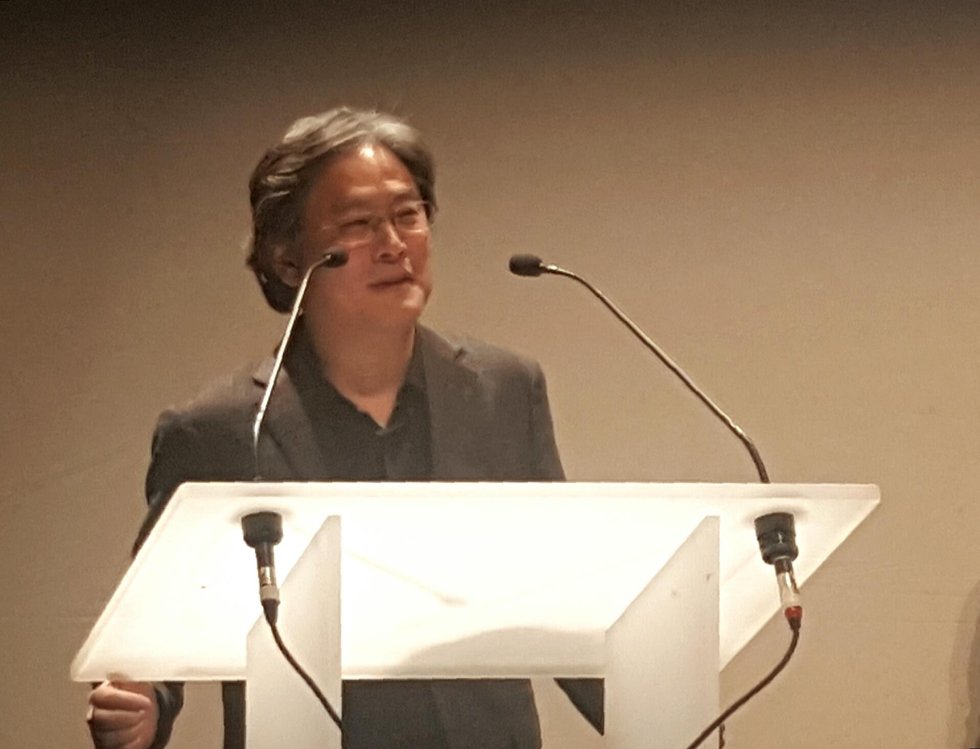