INCHEON, Nov. 7 (Yonhap) -- A high-ranking Mongolian official accused of groping a South Korean flight attendant last week appears to have backed down from his initial denial of charges during his latest questioning, police said Thursday.

Dorj Odbayar, the chairman of Mongolia's Constitutional Court, is alleged to have touched the buttocks of a female flight attendant and intimidated a Mongolian crew member on a Korean Air flight from Ulaanbaatar to Incheon, west of Seoul, on late Oct. 31.

During an interrogation by airport police last Friday, he flatly denied the charges, saying he was mistaken for another Mongolian man, who actually committed the crime. He left the country immediately after the probe.

Odbayar returned to South Korea on Wednesday and was detained for a second questioning by the Incheon Metropolitan Police Agency.

He testified that he did not remember what happened because he was drunk at the time of the incident, according to the Incheon police.

"If the victims made such claims, (I) might have done so under the influence of alcohol," Odbayar was quoted as saying during the nine-hour interrogation. He was released at midnight.

He had planned to depart for Mongolia in two days, but the authorities had already banned him from leaving the country for 10 days pending the probe.

Police also requested Interpol put on its wanted list a Mongolian official accompanying him, who has been accused of molesting another stewardess, including wrapping his arms around her shoulders. 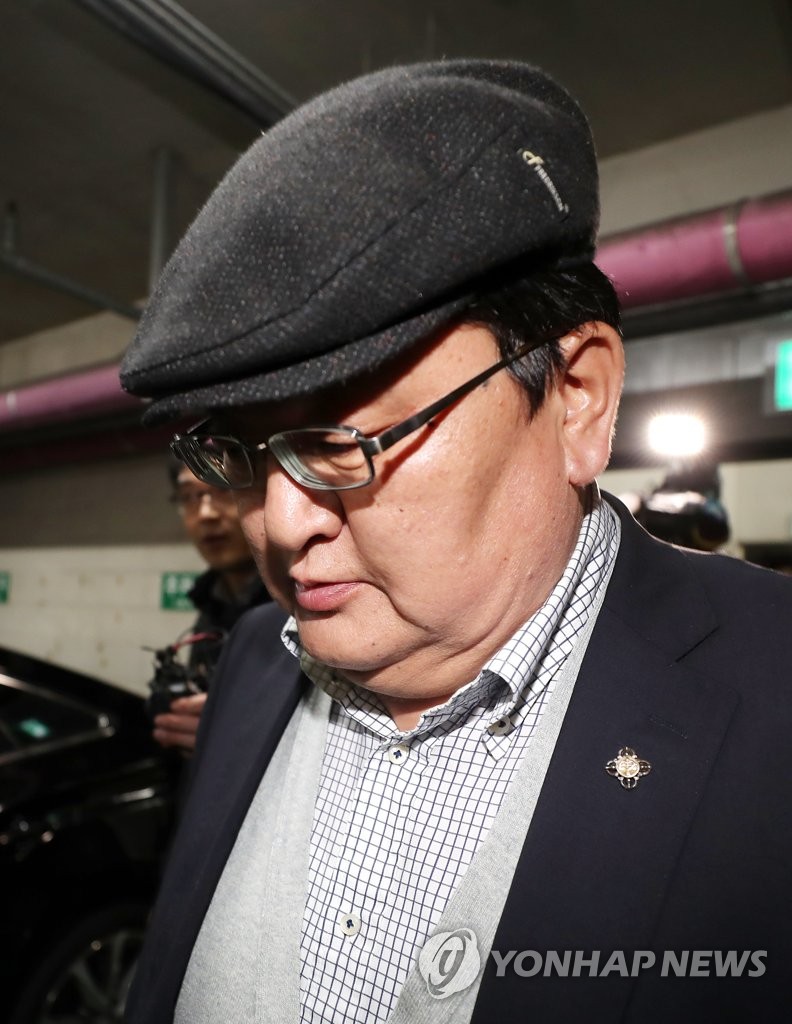 Odbayar was on his way to Bali, Indonesia, to attend a board meeting of the Association of Asian Constitutional Courts and Equivalent Institutions.

The two men were apprehended by security staff on the plane and turned over to airport police. But they were released after claiming diplomatic immunity.

Police later found their immunity claims unwarranted after consultations with the foreign ministry. They probed the top justice in the airport security zone for 1 1/2 hours the following day and then let him leave for Bali. Police failed to question his colleague because he had already left for Singapore.

Before Odbayar returned to Incheon on his way to his home country, the Incheon police secured a court warrant to detain him for two days.

The agency said it had secured the same warrant for his companion and is consulting the Mongolian Embassy in Seoul over its plan to summon him.