SEOUL, Nov. 8 (Yonhap) -- Leaders of key news agencies in the Asia-Pacific declared their commitment for peace on the Korean Peninsula on Friday as they wrapped up their two-day meeting in Seoul.

Representatives of 32 news agencies in 28 countries, including three observer companies from outside the region, endorsed the "Seoul Declaration" at the 17th Organization of Asia-Pacific News Agencies (OANA) General Assembly.

"OANA members, in reaffirming their commitment to peace and understanding among nations, support the Korean peace process based on confidence-building and easing of tensions, and wish for such a process to contribute to peace in the Asia-Pacific region," OANA President-elect Cho Sung-boo, who also doubles as South Korea's Yonhap News Agency CEO, read the statement.

The commitment follows a Thursday meeting with President Moon Jae-in, who asked the delegates for their attention and support for the Korea peace process.

"Peace on the Korean Peninsula is a starting point for achieving a peace community of co-prosperity," Moon said in a meeting with the visiting leaders.

"There are still many hurdles to overcome, but (peace) is the way (we) must go" not just for Korea and East Asia but also for the entire world, he said. "I believe your attention and support will be of big help in making a new history for peace."

The declaration also addressed members' commitment to fight the spread of misinformation and fake news, which have emerged as challenges for media companies around the world.

The delegates pledged to join hands to counter fake news by implementing "rigorous fact-checking" to "safeguard integrity in journalism" and "to earn and deserve public trust."

They also voiced their commitment to "use technological advancements" to reach a wider audience and fight piracy to protect intellectual property rights. 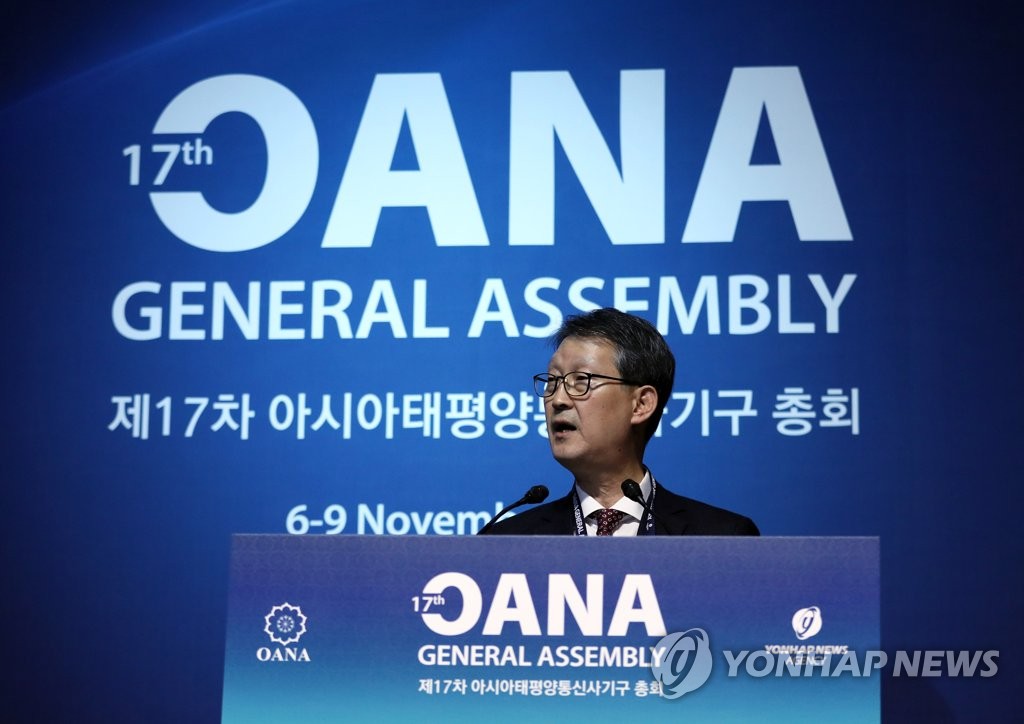 During the general assembly, member news agencies unanimously voted Yonhap as the new chair for OANA.

The South Korean news agency will lead the regional organization and serve as its secretariat for the next three years, replacing AZERTAC, the Azerbaijan State News Agency.

"OANA's goal is to strengthen cooperation among news agencies of the Asia-Pacific region in their roles as responsible members of the press. It also aims to find solutions to common challenges faced by the members," Cho said during the closing ceremony.

"Yonhap is ready to dedicate its efforts for that goal, and I ask all of you for your continued support," he said.

It is Yonhap's first time chairing OANA since joining the group more than 30 years ago, a move that apparently reflects the status of the South Korean newswire in the global media industry.

Meanwhile, Iran's Islamic Republic News Agency was selected as the host agency for the 18th OANA General Assembly scheduled for 2022.

OANA, which was formed in 1961 on the initiative of UNESCO to promote regional news exchanges, has held its general assembly every three years. A total of 43 news agencies from 35 Asia-Pacific countries are members of the organization. 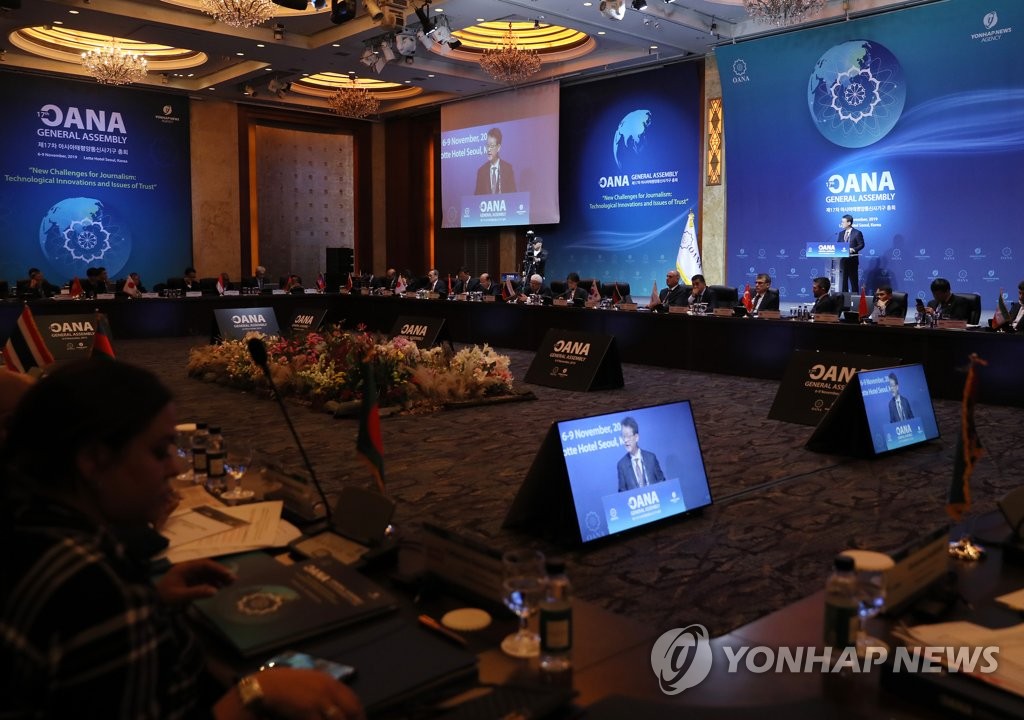