MOSCOW/SEOUL, Nov. 8 (Yonhap) -- The U.S. special envoy for North Korea and a North Korean foreign ministry official handling American affairs spoke briefly to each other during a reception for participants in a nuclear nonprolifereation conference in Moscow, a participant said.

Special Envoy Mark Lambert had a five-minute talk with Jo Chol-su, director-general of the North American department at the North's foreign ministry, in the reception Thursday for the 2019 Moscow Nonproliferation Conference, according to the participant.

Lee Do-hoon, South Korea's chief nuclear negotiator, was also present at the reception but did not exchange greetings with Jo, apparently reflecting the chilled relations between the two Koreas.

Jo stayed at the reception for about 40 minutes.

The three-day forum, which will run through Saturday, has drawn much attention as the officials from the United States and North Korea could possibly hold talks on the margins of the conference.

The meeting, if realized, will come at a time when nuclear negotiations between Washington and Pyongyang remain in a stalemate after their last working-level talks in Sweden ended without a breakthrough in early October.

The nuclear nonproliferation conference, hosted by Russia's Center for Energy and Security Studies every two to three years, has served as a chance for the U.S. and North Korea to sound out each other's positions at times of high tension.

In 2017, Choe Son-hui, then a director-general for North American affairs and currently the North's first vice foreign minister, attended the conference.

The North Korean envoy is expected to talk about Pyongyang's position on the denuclearization negotiations and its diplomacy with the U.S. during the session. 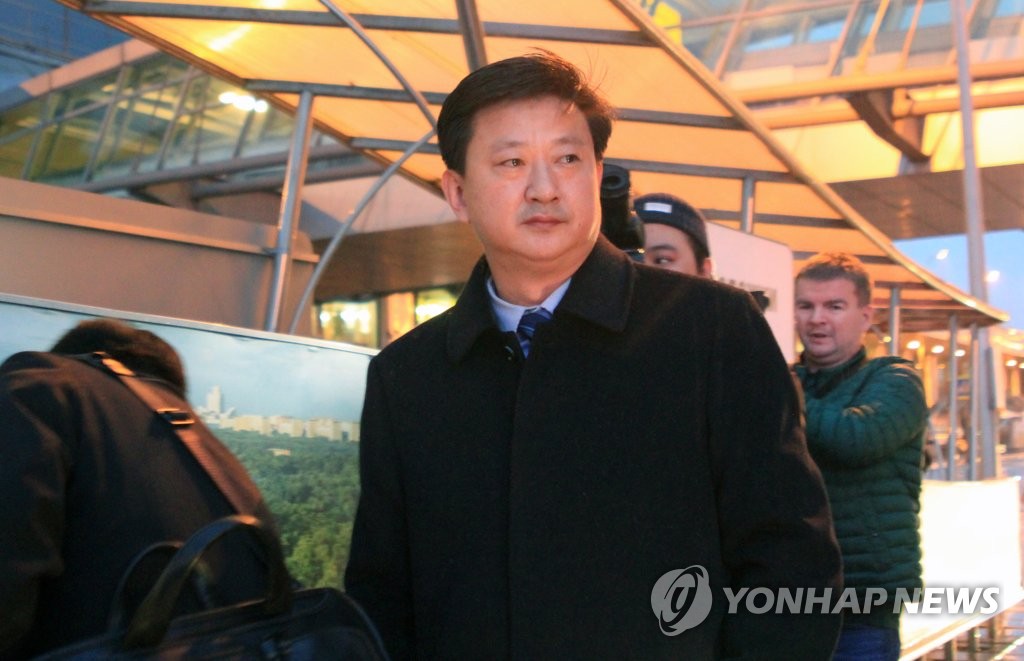