SEOUL, Nov. 8 (Yonhap) -- The United States is ramping up pressure on South Korea to sharply increase Seoul's share of the expenses for stationing American troops here, apparently with an eye to expanding the scope of their cost-sharing deal to cover activities outside the peninsula.

This week, James DeHart, the top U.S. negotiator in the allies' defense cost-sharing talks, made an unannounced visit to Seoul to make Washington's case in closed-door talks with South Korean lawmakers, journalists and officials.

Reports said that he told lawmakers here that the U.S. has made a demand for South Korea to pay nearly US$5 billion under the cost-sharing deal, called the Special Measures Agreement (SMA), to cover the expenditure for the operation of off-peninsula military assets committed to the defense of South Korea either directly or indirectly.

DeHart's visit came before he and his South Korean counterpart, Jeong Eun-bo, are to hold another round of negotiations in Seoul later this month following their last negotiation in Honolulu last month. 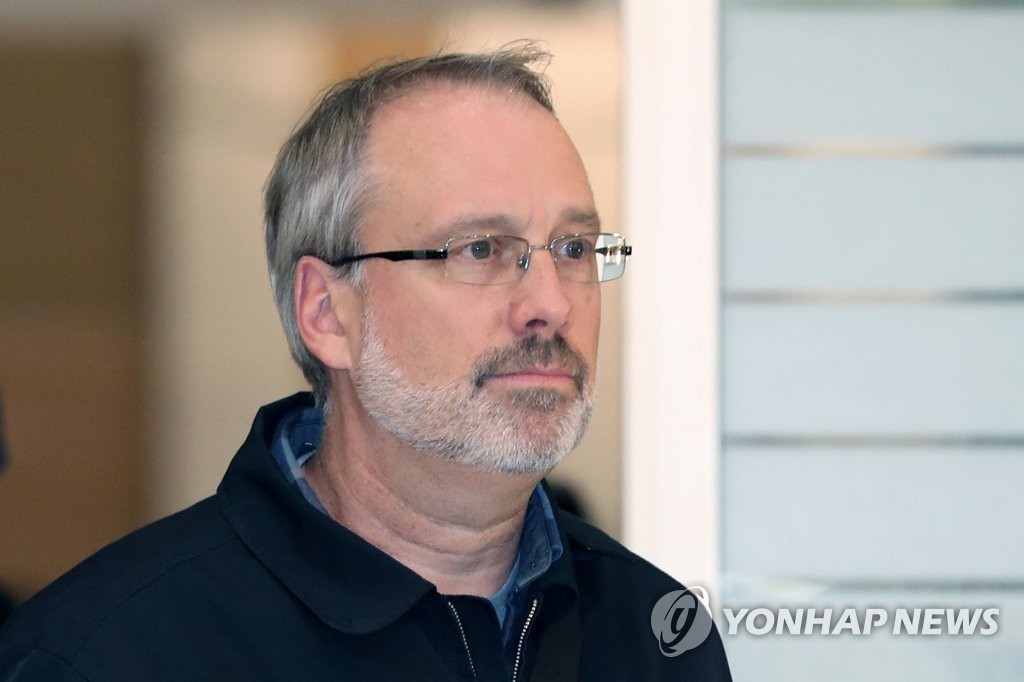 "His visit apparently aims to apply pressure on South Korea and at the same time to gauge public sentiment and find out about whether the U.S. can continue to double down on its demand for such a hefty increase of the cost," Nam Chang-hee, a professor of international politics at Inha University, said.

"But working-level U.S. officials may be aware that the demand is too much, though it was not completely unforeseen given that U.S. President Donald Trump called the allies free-riders during his election campaign and now he faces the re-election battle, for which he may need a feat," he added.

Amid the SMA negotiations, U.S. officials have stressed that Korea has made great strides economically, has contributed to the treaty alliance and needs to do "more."

A flurry of reports said that the U.S. negotiation team demanded South Korea make additional payments under the SMA to cover the costs related to the operation of U.S. troops who are assigned to the USFK on a rotational basis and other expenses related to the allies' regular combined military exercises.

Other reports said that Washington appeared to have demanded Seoul shoulder the costs for running military assets, including surveillance and reconnaissance equipment that is deployed near the peninsula or even on bases in the Pacific, including Guam and Hawaii.

A Seoul official said that in recent SMA talks, the U.S. has explained to South Korea its military's "direct and indirect efforts" to help defend its Asian ally but did not make an official demand yet for additional payments for off-peninsula activities.

"We have not received any specific official request as reported in the media," the official told Yonhap News Agency on condition of anonymity.

"There should be a distinction between what the U.S. explained to us in the SMA negotiations and what it actually requested in official terms," he added.

In the past and at present, Seoul has made it clear that the defense cost-sharing negotiations must proceed strictly within the SMA framework.

South Korea has made financial contributions to three key areas as stipulated in the SMA: the partial costs for South Korean employees in USFK installations; the construction of military facilities such as those for troop education, training, communications and other purposes; and logistical support for ammunition storage, transportation and facility maintenance.

Thus, Seoul claims that the possible request to cover the costs for U.S. military assets from outside Korea goes beyond the confines of the SMA -- a reason why some argue the demand is possible only after a revision to the Status of Forces Agreement (SOFA) superior to the SMA.

At issue in the SMA negotiations are the duration of the cost-sharing deal, the total amount of the spending for South Korea and what specific additional items should be included in the new deal.

Both Seoul and Washington have been under pressure to clinch a new SMA by the end of this year, as the current 10th SMA, struck in February and valid only for one year, is set to expire on Dec. 31.

Observers said that it may not be easy to conclude their negotiations by the end of this year as both sides are not willing to cede ground despite each side calling for a "fair, equitable and mutually acceptable" deal.

Some raised the possibility that the two sides could settle for a deal to extend the current SMA, as a grueling, protracted tug of war could cause needless friction that could hamper the allies' joint efforts to denuclearize North Korea and foster a lasting peace on the peninsula.

Yet it remains unclear whether Trump will be inclined toward a compromise as what Washington calls a burden-sharing deal with South Korea could set the tone for its future negotiations with other allies such as Japan and the North Atlantic Treaty Organization.

Under the 10th SMA, South Korea agreed to pay $870 million this year.