SEOUL, Nov. 8 (Yonhap) -- South Korea defeated Cuba 7-0 at the Olympic baseball qualifying tournament on Friday, capping off a perfect run through the group stage with an exclamation point.

The offense went off for four runs in the bottom fifth, and six pitchers combined for the team's second shutout of the tournament, as South Korea finished Group C play with a 3-0 record at the World Baseball Softball Confederation (WBSC) Premier12.

The game had an anticlimactic feel to it, because South Korea had already qualified for the next phase even before playing Cuba. 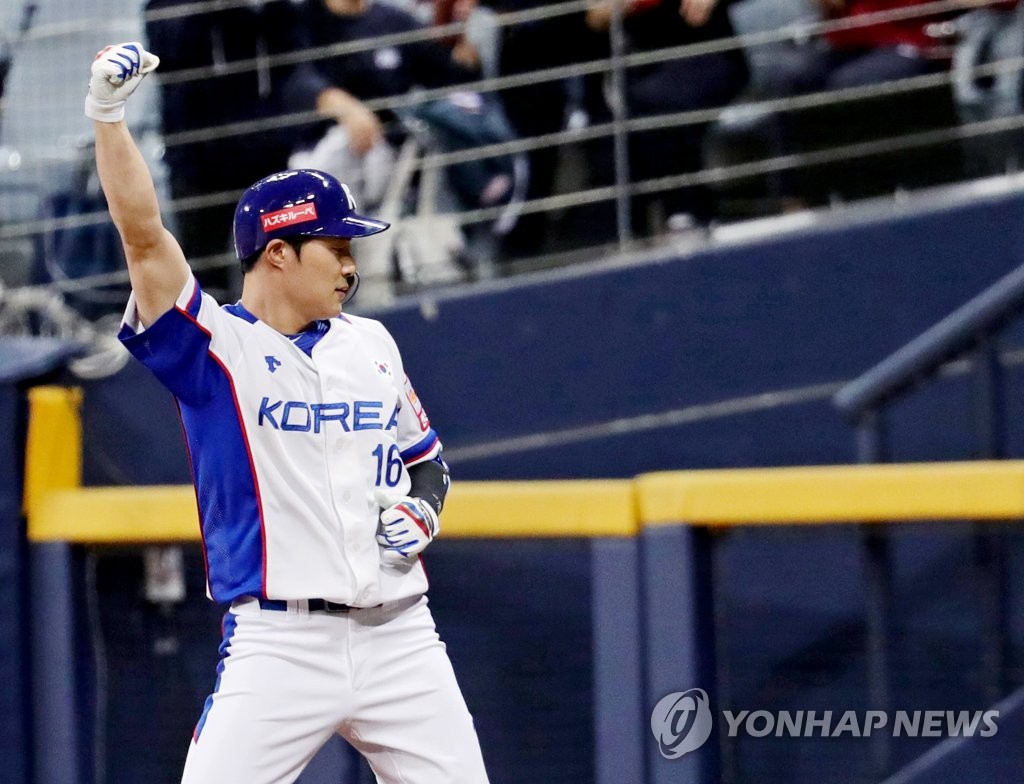 Australia defeated Canada 3-1 in Friday's first Group C game. That left those two teams tied at 1-2 and ensured South Korea would finish no worse than second place in the group.

Only the top two teams from each of the three groups would reach the Super Round at the Premier12. And the top team from the Americas and the highest-ranked team from Asia/Oceania will earn tickets to Tokyo.

In order to qualify for the Tokyo Olympics, South Korea first had to reach the Super Round. The next step is to finish ahead of Australia and Chinese Taipei, which advanced to the Super Round out of Group B.

Other teams in the Super Round are Mexico, the United States and Japan. 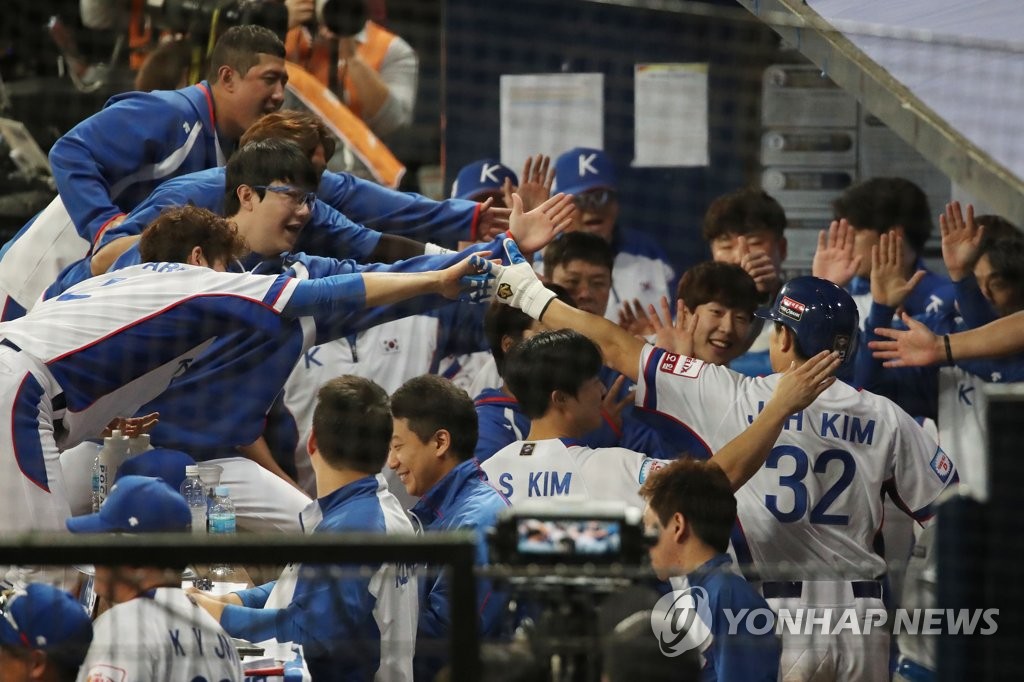 South Korea opened the scoring in the bottom of the second, taking advantage of some wild Cuban pitching.

Starter Yosimar Cousin hit a batter and walked another to open the second inning, and was promptly yanked for Yariel Rodriguez.

Rodriguez got two outs before walking a batter to load the bases. Kim Ha-seong then stepped up and dumped a single to left center to bring home two runs.

That was Cuba's fourth hit off Park, who struck out two and walked one on 65 pitches, 42 of them for strikes.

South Korea then used two relievers to retired the side in the fifth.

And South Korea blew the game wide open with a four-run explosion in the bottom fifth.

With two men on, cleanup Park Byung-ho -- who had been 0-for-8 with five strikeouts in two previous games -- knocked a single up the middle to make it 3-0. Kim Jae-hwan followed up with an RBI single of his own, and then Yang Eui-ji's sacrifice fly made it a 5-0 game.

Kim Hyun-soo's bloop single to center put South Korea up 6-0. Shortstop Erisbel Arruebarruena tried to make a basket catch but dropped the ball at the last second, as Kim Jae-hwan scored from second.

South Korea took a 7-0 lead on Lee Jung-hoo's double to left center, and against a series of well-rested relievers, Cuba never had a chance in this one. 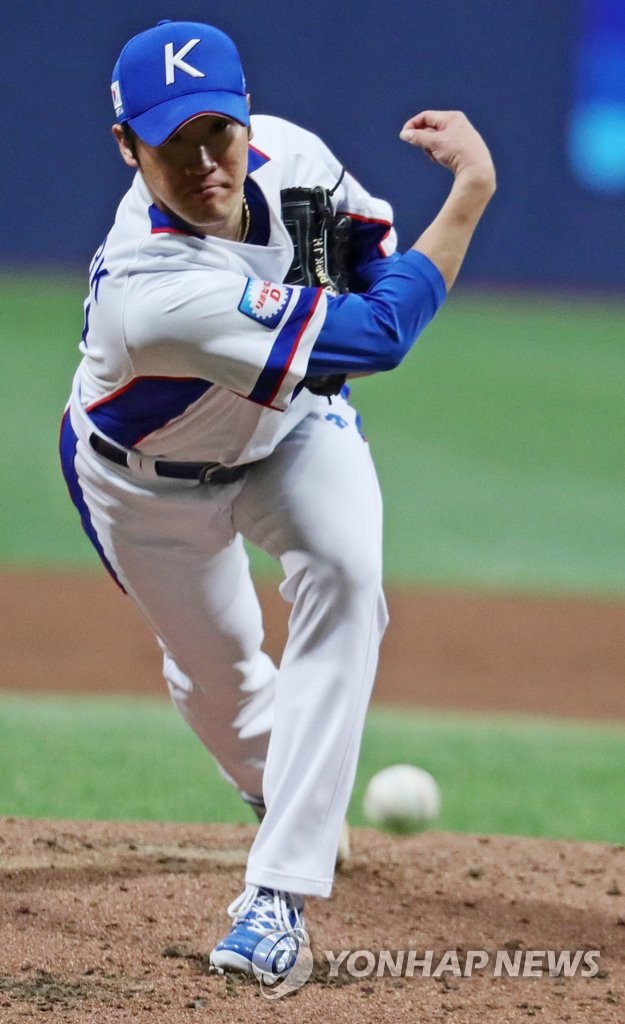