SEOUL, Nov. 10 (Yonhap) -- President Moon Jae-in on Sunday had the first group meeting with the leaders of ruling and opposition parties in about four months amid fierce political strife over key reform bills and other pending issues.

It came as Moon has reached the halfway point in his single-five year tenure.

A Cheong Wa Dae official said the meeting has begun as scheduled, but no pool reporter was allowed to cover opening remarks even by Moon. Cheong Wa Dae said it has no plan for any press briefing on the outcome of the session. 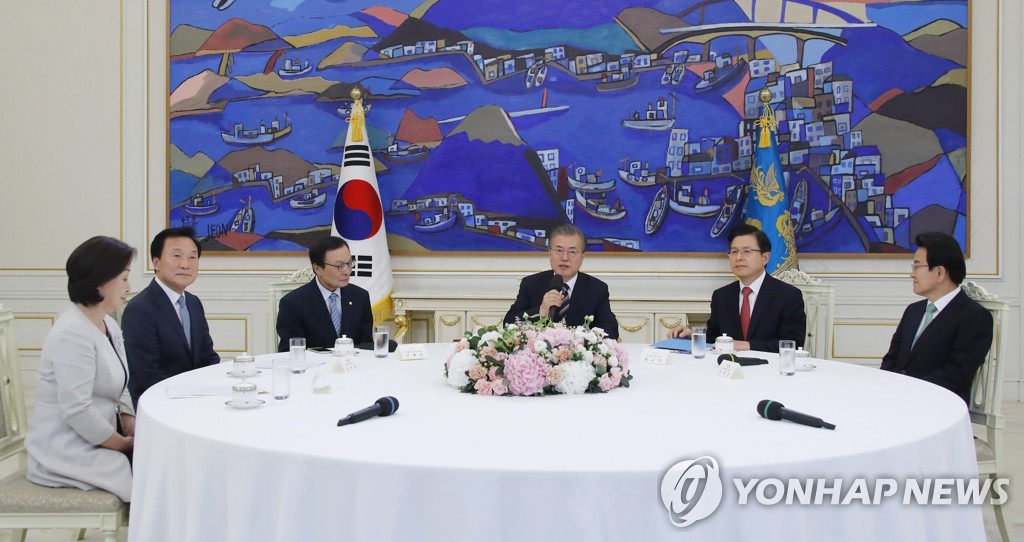 Political parties are expected to brief media on it.

Moon had the last gathering with them on July 18 to discuss ways to cope with Japan's export curbs against South Korea.

Other contentious issues include the government proposal for a 513.5 trillion-won (US$444 billion) budget for next year and Seoul's military information-sharing pact with Tokyo scheduled to expire next week.

It is also the first such gathering since former Justice Minister Cho Kuk, one of Moon's closest aides, stepped down following a series of massive street rallies for and against his appointment. Cho's family is being investigated over alleged irregularities, including his wife's questionable investment in a private equity fund.