TOKYO, Nov. 10 (Yonhap) -- With his team in a battle for a spot in the 2020 Olympic baseball tournament, South Korean manager Kim Kyung-moon isn't dwelling on the past, nor will he let himself look too far into the future.

On Sunday, the eve of the start of the Super Round at the World Baseball Softball Confederation (WBSC) Premier12, Kim said his focus is entirely on the first game against the United States on Monday. 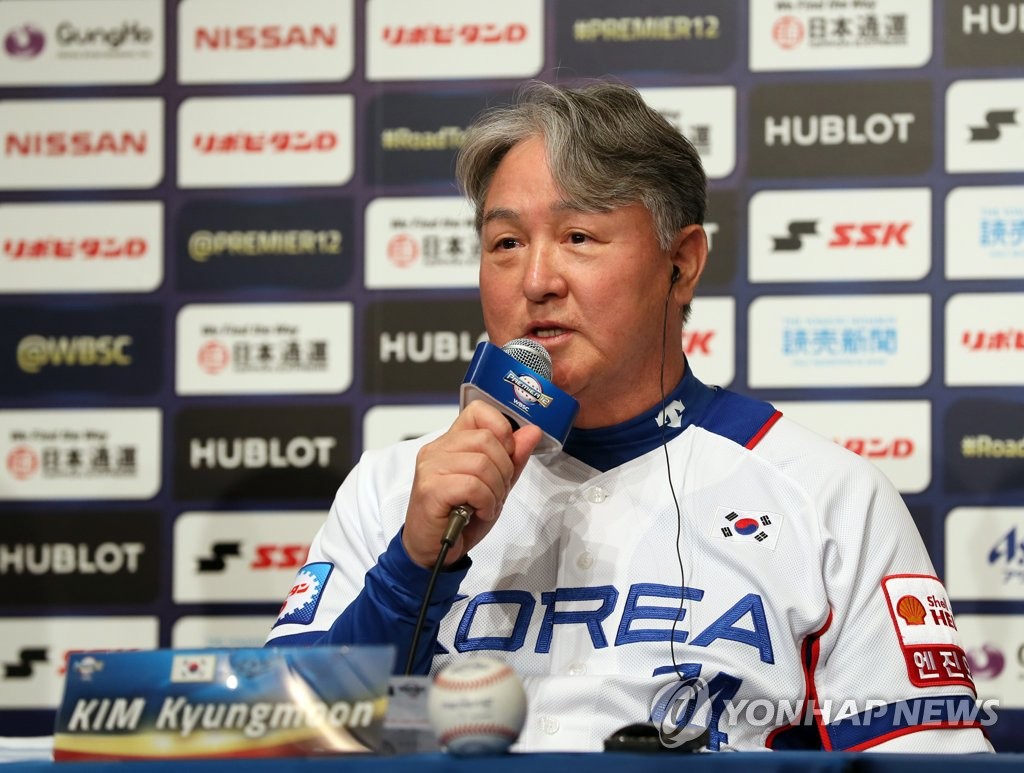 Kim was joined by managers of five other teams in the Super Round -- Scott Brosius of the United States, David Nilsson of Australia, Atsunori Inaba of Japan, Hong I-Chung of Chinese Taipei and Juan Castro of Mexico -- at the pre-competition press conference in Tokyo on Sunday.

South Korea and the U.S. will collide at Tokyo Dome at 7 p.m. Monday. Because the Premier12 is also an Olympic qualifying event for the Americas and Asia/Oceania, this showdown carries particular significance for both sides.

South Korea advanced to the Super Round by winning all three games in Group C in Seoul, but Kim said he's already put those wins behind him.

"We played some good baseball, but those results aren't so important now," Kim told reporters at Tokyo Dome Hotel. "Every team here is good enough to win the tournament, and we're going to have to do our best. We're putting all our energy into preparing for tomorrow's game."

Kim is now riding a personal 12-game winning streak as the national team manager, but he said keeping that streak alive was the furthest thing from his mind. 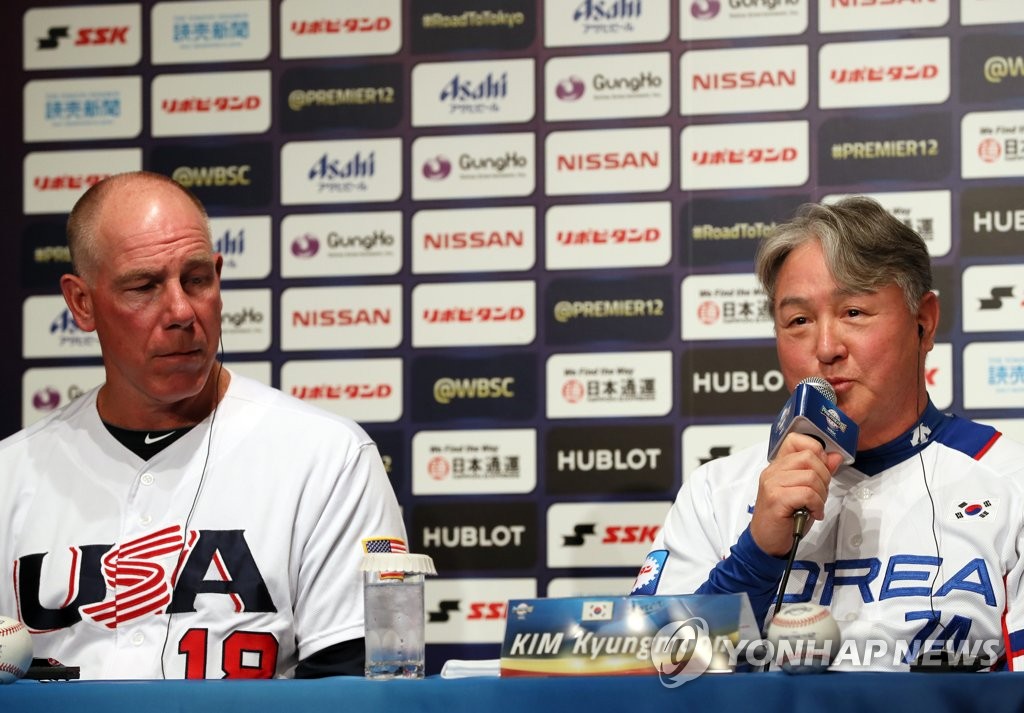 "If we just play it one game at a time, I think results will follow," Kim said. "I'll try to enjoy this tournament with my coaching staff and players."

South Korea allowed just one run in three group stage games but didn't hit any home runs. In contrast, the U.S. launched 10 home runs in its three group games in Mexico and put up 21 runs.

Something will have to give when those two countries meet. Brosius, a former All-Star third baseman with the New York Yankees, said he expects a much different type of game than the one his team played in Mexico.

"We did hit with some power in the pool play. (Estadio Charros de Jalisco) was a very offensive ballpark and the ball carried very well," Brosius said. "We believe and we know that this will be a very well-pitched game tomorrow. Our hitters are going to have to be balanced and understand that we have to, besides hitting home runs, get runners on base and score some runs."

Brosius said his team is "very motivated" to qualify for the Olympics, and echoed Kim's sentiment that the most important game is the one that's coming up. 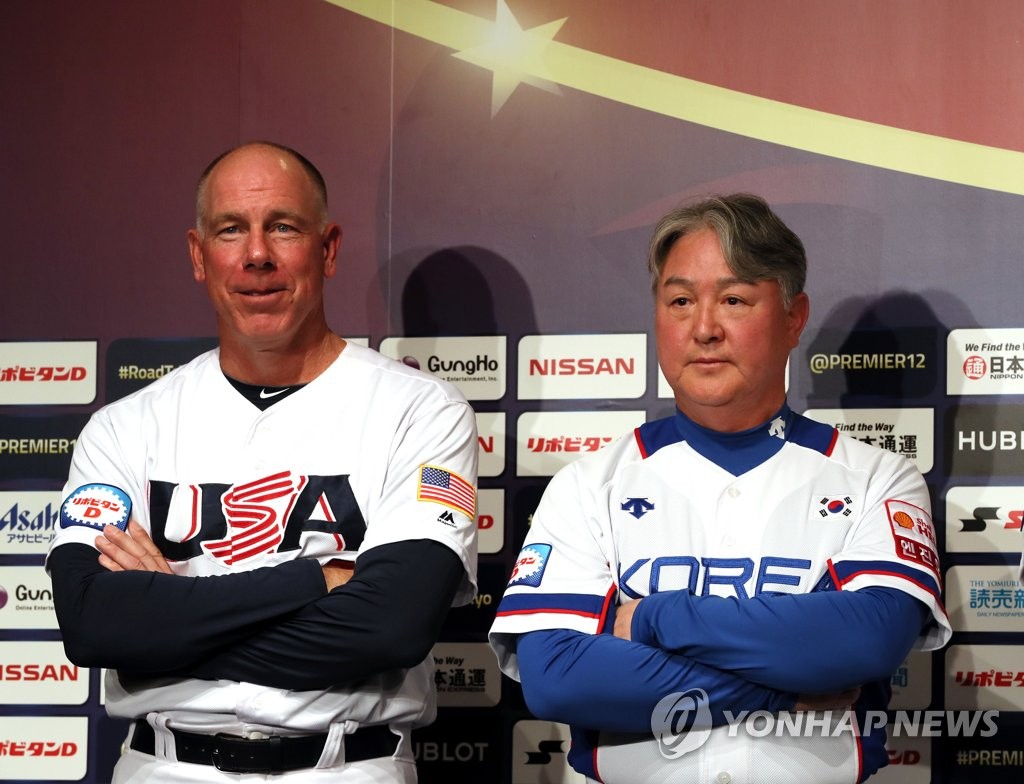