TOKYO, Nov. 10 (Yonhap) -- When South Korea and Japan square off at an Olympic baseball qualifying game here on Friday, it will bring back some fond memories for one side, but not so great ones for the other.

South Korean manager Kim Kyung-moon was also the team's bench boss when it won the 2008 Olympic baseball gold medal. South Korea knocked off Japan in the semifinals along the way, with the current Japanese manager, Atsunori Inaba, patrolling right field. 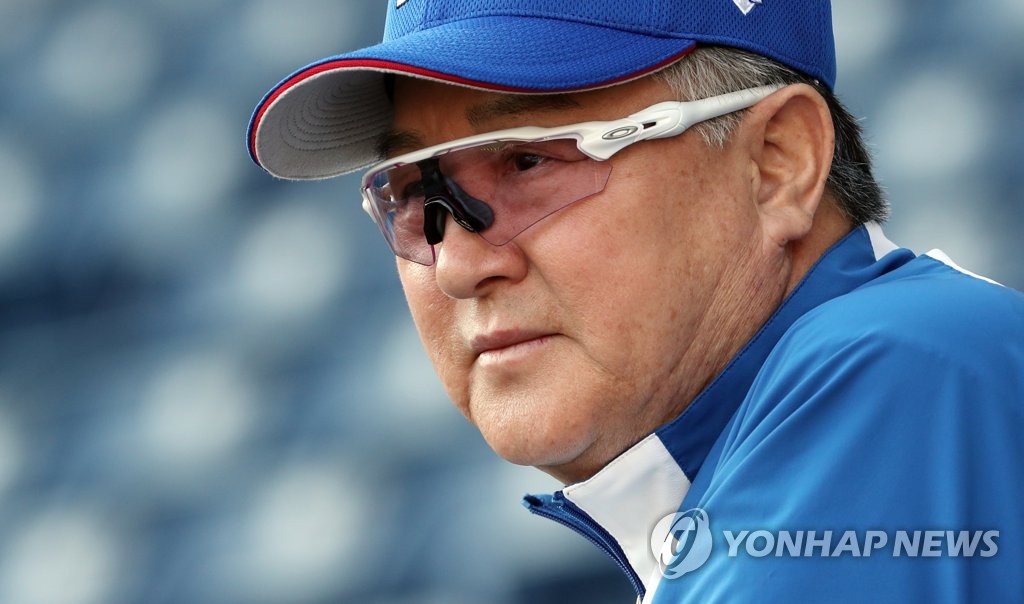 Their two national teams are scheduled to face each other on Saturday as part of the Super Round at the World Baseball Softball Confederation (WBSC) Premier12. The game is at 7 p.m. at Tokyo Dome, the holy ground of baseball in Japan.

Inaba played a supporting role in one of the most dramatic home runs in South Korean baseball history. With the score tied at 2-2 in the bottom of the eighth inning, South Korean slugger Lee Seung-yuop blasted a two-run home run to right field, over the head of Inaba, who went all the way to the fence, only to run out of room to make any play.

During the pre-Super Round press conference for participating managers, Kim was asked about meeting Inaba as an opposing manager. And in what could be construed as a slight jab at the Japanese manager, Kim described Lee's home run with some details.

"It was 11 years ago, and I remember following the flight of that home run ball and seeing it go over Manager Inaba's head," Kim said.

He quickly switched gears into predicting Friday's game, saying, "Japan is a strong team, but I think we're as good as Japan. It should be a great game." 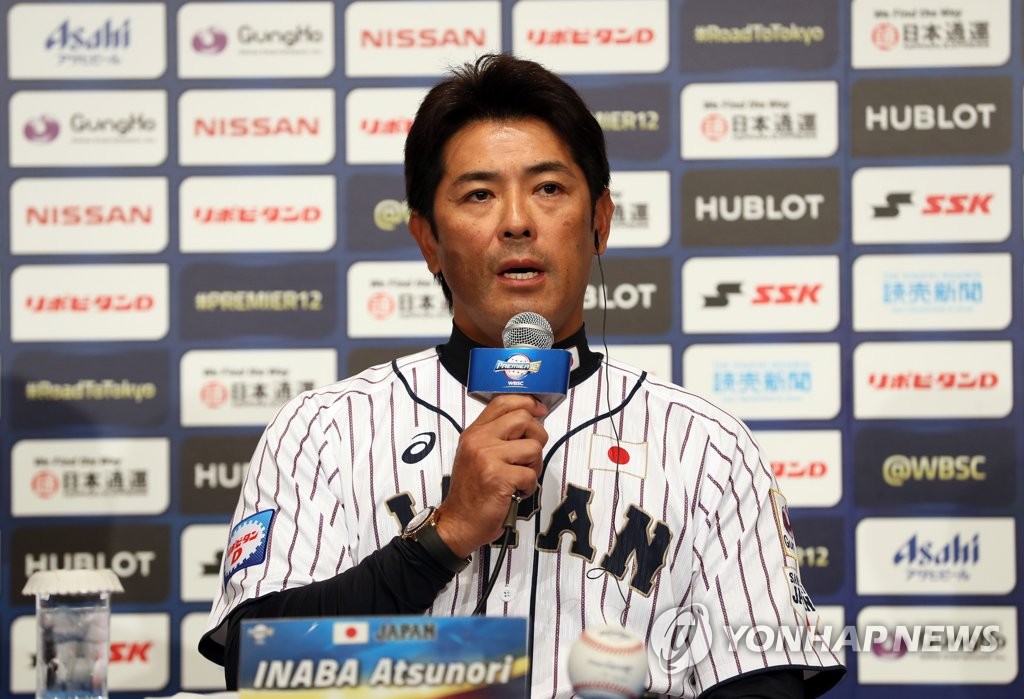 Inaba, who couldn't have been too pleased to be reminded of that home run, said Japan has been trying to draw motivation from that defeat.

"We lost that game to Korea, and we felt really bad about it," he said. "We've been driven to keep on fighting and playing (since then). We definitely want to get the gold medal (at the 2020 Tokyo Olympics)."

The Premier12 is an Olympic qualifying event for Asia/Oceania and American countries. But Japan is already in the Olympics as the host nation. South Korea, Chinese Taipei and Australia will battle for one spot available for the Asia/Oceania regions at this tournament.