At issue is the party's use of physical means in April to block attempts by the ruling Democratic Party and other opposition parties to put contentious electoral and prosecution reform bills on a fast track.

Rep. Na Kyung-won and 59 other LKP lawmakers, as well as a number of party staffers, face investigation into whether they breached a law on the operation of the National Assembly. 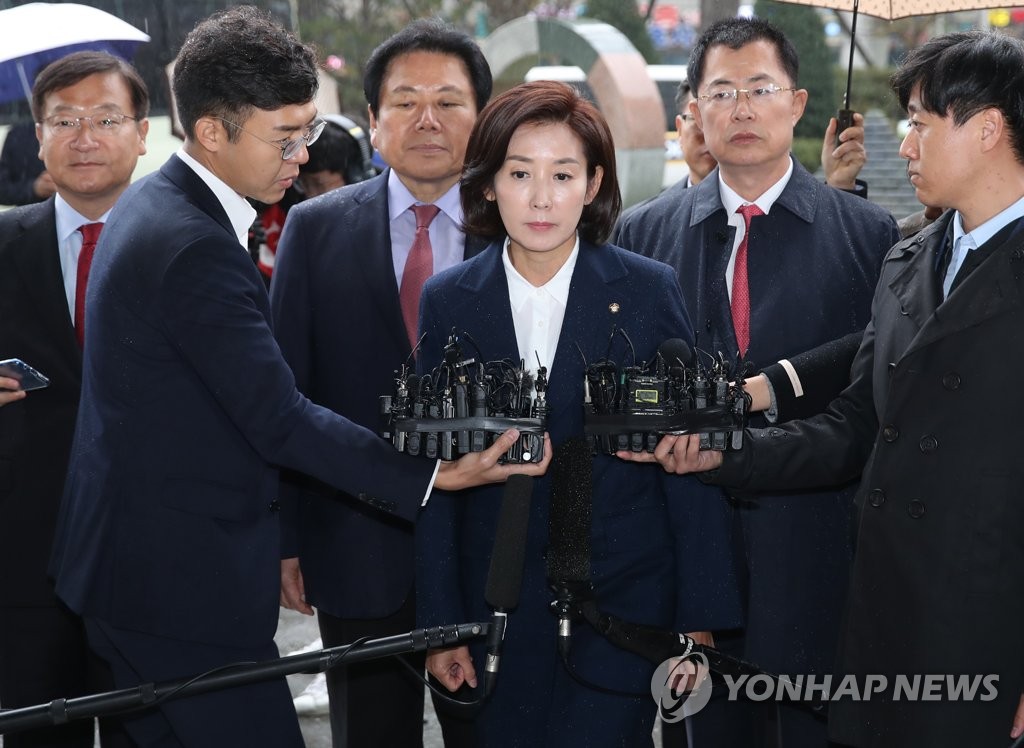 Na has claimed that their collective action was unavoidable in a bid to foil the fast-tracking based on the other parties' trick and "unlawful" behavior in the process of handling the issue in a pair of relevant special parliamentary committees. The conservative LKP's move failed, and the two bills have been placed on the fast track. The ruling party is seeking to put the bills to votes at a plenary session in the coming weeks.

"(We) will defend the free democracy of the Republic of Korea," Na, a four-term lawmaker and former judge, told reporters in front of the Seoul Southern District Prosecutors Office.

History will judge the ruling bloc's "wrongdoings" aimed at tightening its power grip through a shift in the electoral system and the creation of a non-prosecution agency specializing in looking into alleged corruption by high-ranking government officials, she added.

Na did not answer questions about details, including whether she had told party colleagues to lock up Rep. Chae Yi-bae of the Bareunmirae Party in his office for hours to prevent him from attending a committee voting session. 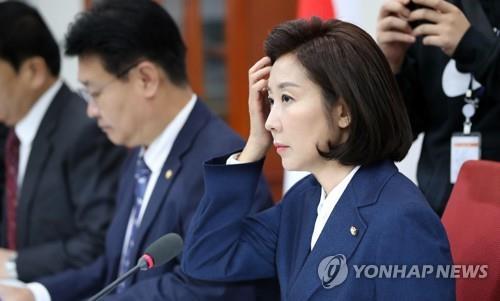 The prosecution's move after grilling Na is drawing keen attention. She has argued that there's no need for questioning the other lawmakers involved, saying she's representing them.

Rep. Chung woo-taik of the LKP said the April incident was a struggle by the lawmakers to stem an "illicit act."

He expressed hope for a "wise" measure by the prosecution.

The ruling party, however, called for a thorough probe into the case.

Its spokesman, Lee Hae-sik, pointed out that Na finally showed up to be questioned by prosecutors more than 200 days after she was formally accused. 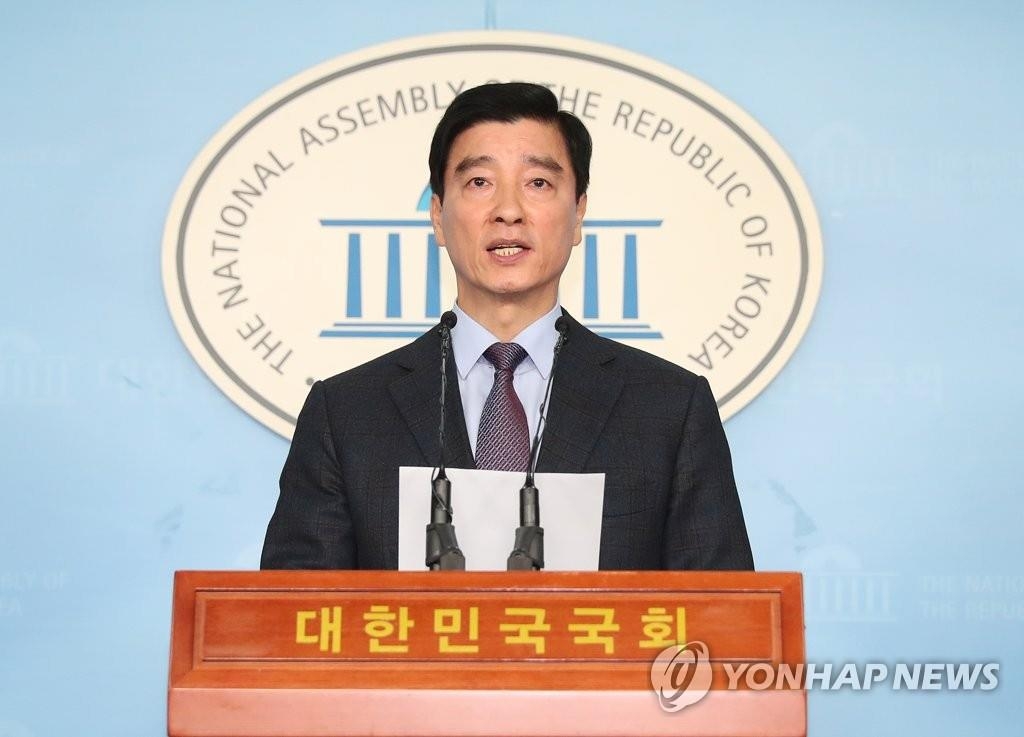 "The prosecution should thoroughly investigate (her charges) with a view that it's the last chance to root out violence in the National Assembly," he said in a statement.

The probe is apparently putting psychological pressure on relevant lawmakers desiring to run in the general elections slated for April 15 next year.

In early October, the LKP's head, Hwang Kyo-ahn, appeared at a prosecution office to be quizzed in connection with the incident.