Cho appeared at the Seoul Central District Prosecutors Office in southern Seoul earlier in the day to be questioned on his suspected involvement in some of the charges raised against his wife Chung Kyung-sim.

Chung, a university professor, was indicted on 15 counts related to a dubious private equity fund investment (PEF) and her daughter's college admission. 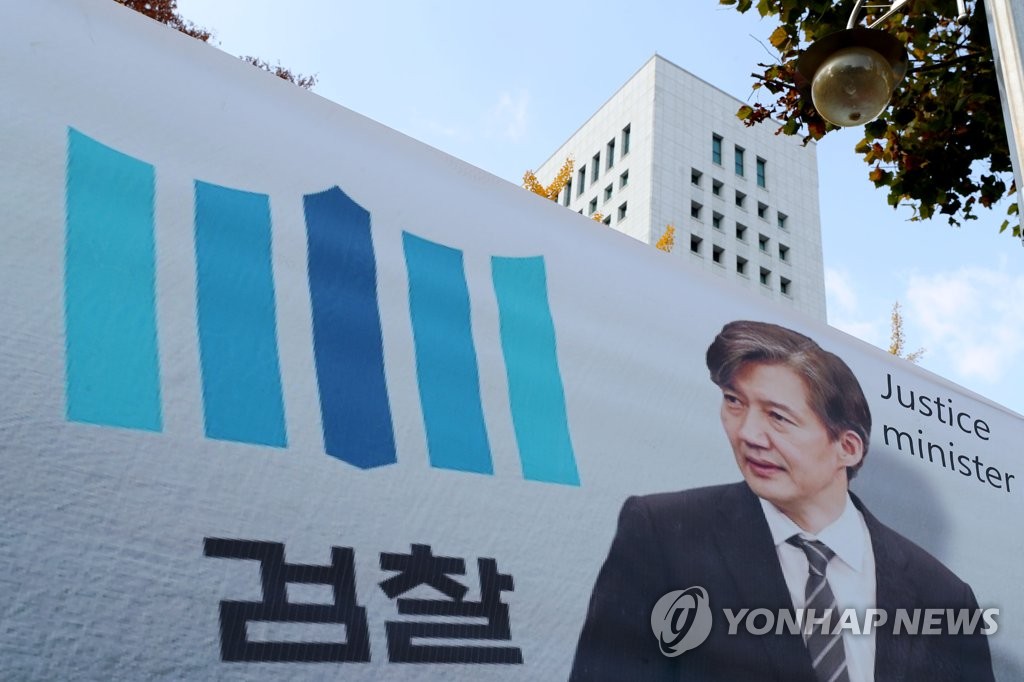 The move is the latest in the prosecution's ongoing probe into allegations involving the former minister's family.

In addition to his wife, who is currently detained, his brother and a son of a relative are also in custody over numerous suspicions.

Cho, a close aide of President Moon Jae-in, resigned in October amid a controversy over whether he was suitable for the Cabinet post.

Hundreds of thousands of people who supported him or opposed him held rallies across the nation, with the former calling for prosecutorial reform. Cho is known as a key architect of the Moon administration's prosecution reform plans.

Following his wife's indictment, Cho said he feels miserable over the situation but claimed that the truth will be told through trials.

The law professor, who previously served as a presidential secretary for civil affairs, said he'll be also grilled by prosecutors soon, adding that everything related to him is subject to suspicion.

"I may find myself in trouble because of what I don't know about or don't remember," Cho wrote in a Facebook post. "I don't know what charges I may face, but it appears my indictment is already scheduled. ... I feel terrible, but I'll do my best to restore my honor and reveal the truth."