Unionized workers kicked off a no-time-limit strike at 9 a.m., the first of such strike since a 74-day work stoppage from September to December in 2016.

The collective action came as overnight negotiations with the railway operator fell through.

There was no reported major disruption of railway services, but passengers suffered longer waiting times due to reduced operation of trains.

On the first day of the strike, the operational rate of trains nationwide reached 92.2 percent of normal levels, according to the transportation ministry.

But if the strike is prolonged, there could be disruptions of train services or cargo transportation. 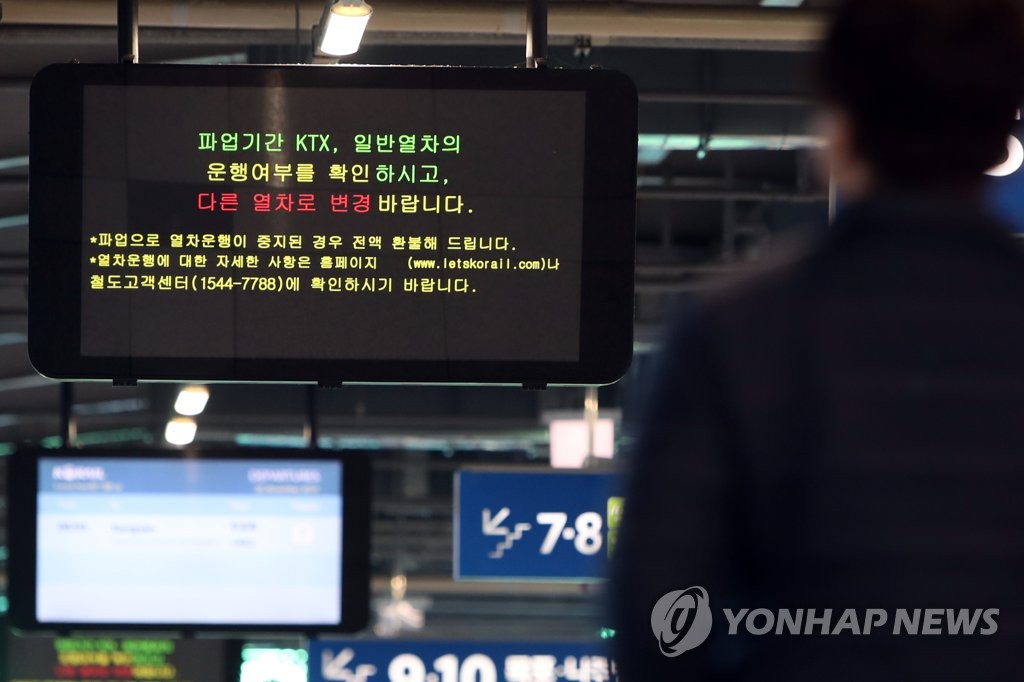 The latest strike follows a 72-hour walkout last month. Unionized workers had pledged to hold another strike if their demands, including additional employment and a wage increase, were not met.

"Our demand is clear. KORAIL and the government should abide by their promise," the group said.

Son Byeong-suk, head of KORAIL, pledged to mobilize all possible resources to minimize people's inconvenience and to do his best to address the strike.

The walkout raises concerns that young people preparing for college entrance in 2020 might face troubles in using trains to take essay tests or interviews at universities.

"To prevent the strike, we held negotiations with the labor group on about 30 occasions, but failed to reach an agreement. I apologize to the public over the situation," Son told a press conference.

"Even if it would be a little late and uncomfortable, we will use all available means and operate trains as safely as possible," he added. 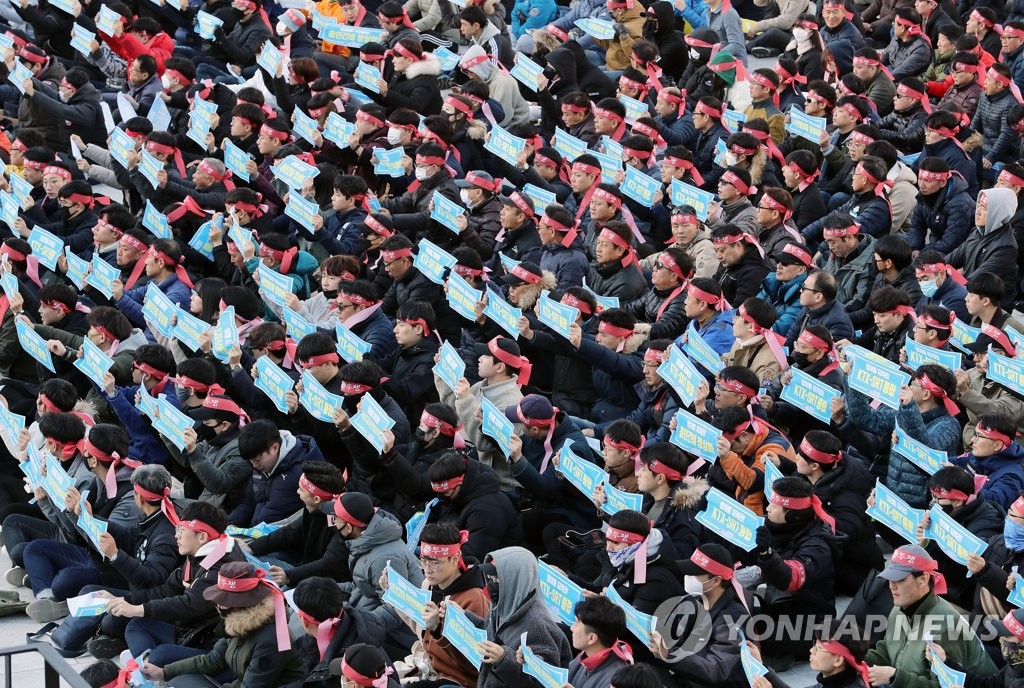