Its title track, "Obsession," is a darkly charismatic dance-hip hop number, laced with hypnotic, mantra-like vocals, according to SM Entertainment.

The album carries a separate Chinese-language version of the title song, along with R&B number "Day After Day," reggae-style "Trouble" and "Groove," which features the flute.

The new album brings together six of EXO's original nine members -- the absentees being Chinese member Lay and two South Korean members currently serving in the military, Xiumin and D.O.

Marking the release of the new album, a special exhibition will open in Seoul's Yongsan Ward on Dec. 9, letting fans enjoy photo albums and other experimental content featuring "Obsession." 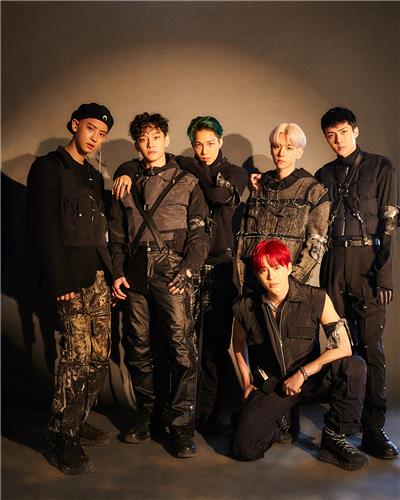