The plane, believed to be a RC-135W Ribet Joint, was spotted flying in the skies above South Korea's Yellow Sea and capital areas "on task over the Korean Peninsula," Aircraft Spots posted on Twitter.

It did not specify the exact time of the operation.

The operation is the latest in a series of the U.S. military's deployment of several surveillance planes, including U-2S, EP-3C, E-8C and RC-135V jets, over the peninsula in recent days, which came as Pyongyang has ratcheted up tensions through military movements.

On Thursday, it test-fired a super-large multiple rocket launcher as the 13th round of major weapons tests so far this year. On Nov. 23, the North carried out coastal artillery firing drills under the guidance of its leader Kim Jong-un on the Yellow Sea border islet of Changrin.

Such acts came ahead of the year-end deadline that Pyongyang set for Washington to show flexibility in nuclear negotiations, which have made little progress since the breakdown of their summit in Hanoi in February. 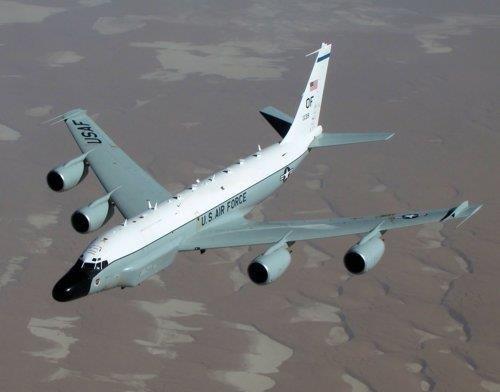