SEOUL, Dec. 4 (Yonhap) -- Chinese Foreign Minister Wang Yi arrived in Seoul on Wednesday for talks with his counterpart on his first trip here since bilateral ties soured in 2016 over the installation of a U.S. missile defense system in South Korea.

His visit to Seoul came amid lingering tensions between the two countries over Seoul's decision to host the Terminal High Altitude Area Defense (THAAD) system, Washington's campaign against Chinese telecom titan Huawei and its moves to deploy longer-range missiles to East Asia. 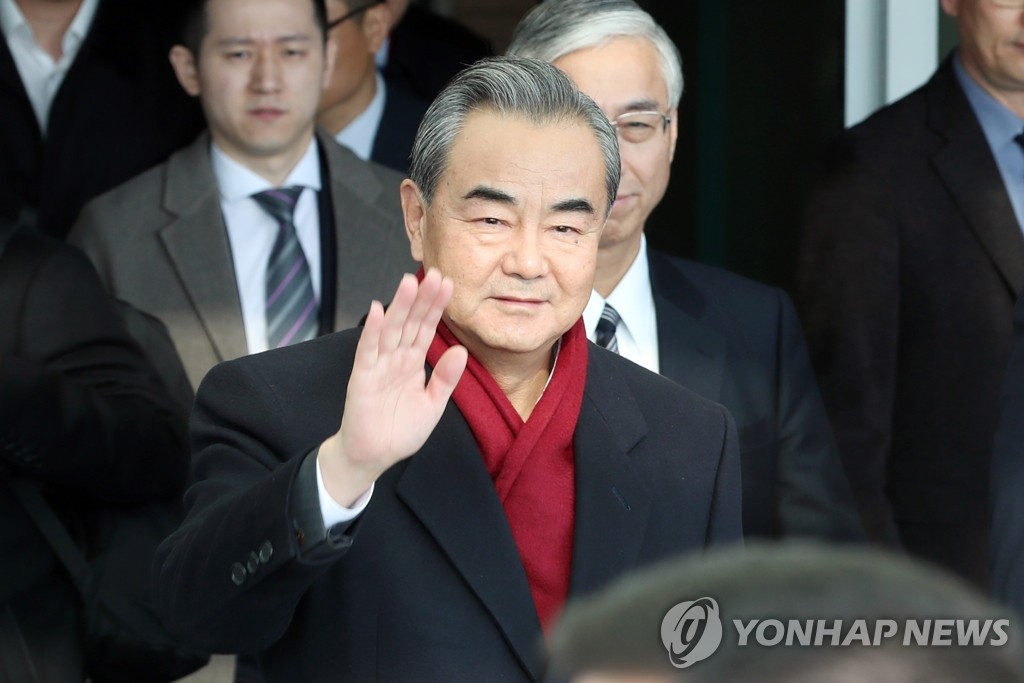 Wang plans to hold talks with Seoul's Foreign Minister Kang Kyung-wha in the afternoon, during which they will discuss bilateral ties, the situation on the peninsula and an array of other regional and international issues.

Their discussion agenda is expected to include preparations for the envisioned trilateral summit among President Moon Jae-in, Chinese Premier Li Keqiang and Japanese Prime Minister Shinzo Abe, as well as efforts to denuclearize North Korea. The leaders are expected to meet in Chengdu, China, late this month.

The foreign ministers could also discuss the issue of President Xi Jinping's possible visit to South Korea. Seoul has been seeking to arrange his trip here that will reciprocate Moon's trip to Beijing in December 2017. The Chinese leader last visited Seoul in July 2014.

On Thursday, the last day of his visit, Wang plans to pay a courtesy call on Moon.

The foreign ministers' meeting comes against the backdrop of an intensifying Sino-U.S. rivalry over trade, maritime security and technology, which has put South Korea in an increasingly difficult geopolitical position.

Some analysts cast Wang's visit this time as a sign of the Seoul-Beijing ties improving after the rough patch caused by the deployment of the THAAD battery and Beijing's apparent economic retaliation for it.

But others forecast that Wang could use his trip to Seoul to warn against any move by South Korea to bolster America's regional influence or strengthen its military foothold through such decisions as hosting intermediate-range U.S. ballistic missiles.

Since withdrawing from the Intermediate-Range Nuclear Forces (INF) treaty, a key Cold War-era arms control accord with Russia, in August, the United States has been exploring possibilities of deploying to East Asia longer-range ballistic missiles ostensibly to enhance regional security. China has seen such a move as antithetical to its security interests.

The U.S. has also been prodding its allies and other partner countries to stop using Huawei products on security grounds, a demand that posed another nettlesome geopolitical challenge to Seoul.

In an effort to enhance the bilateral ties strained over the THAAD issue, Seoul said in 2017 that it will not deploy additional THAAD systems, partake in a U.S.-led global missile defense program or sign a possible trilateral military alliance accord with the U.S. and Japan.

But tensions between Seoul and Beijing have not been fully addressed yet.

Wang made his last visit to Seoul on Oct. 31, 2015, to accompany Premier Li, who attended a trilateral summit with his then South Korean and Japanese counterparts. 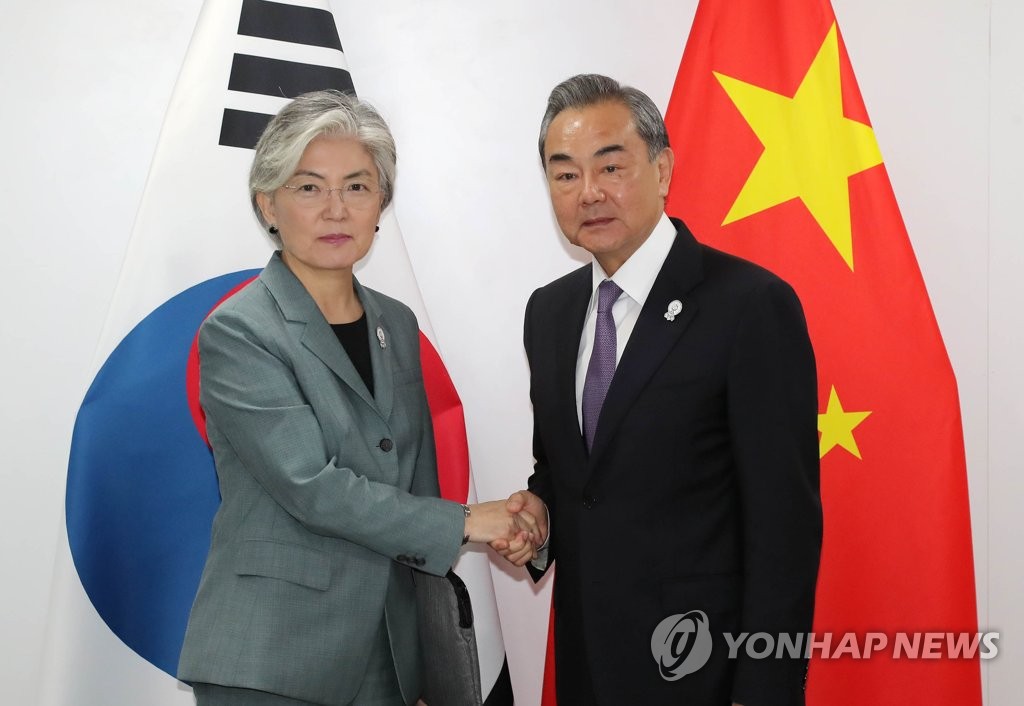