Uncertainties surrounding the U.S.-China trade talks will continue to weigh on investor sentiment without a clear breakthrough in the offing, analysts said. The two countries are also the two largest trading partners of South Korea.

Foreigners appeared to have offloaded stocks to "avoid risks over uncertainties" following U.S. President Donald Trump's "no deadline" comment, according to Choi Yoo-june, an analyst at Shinhan Investment Corp. 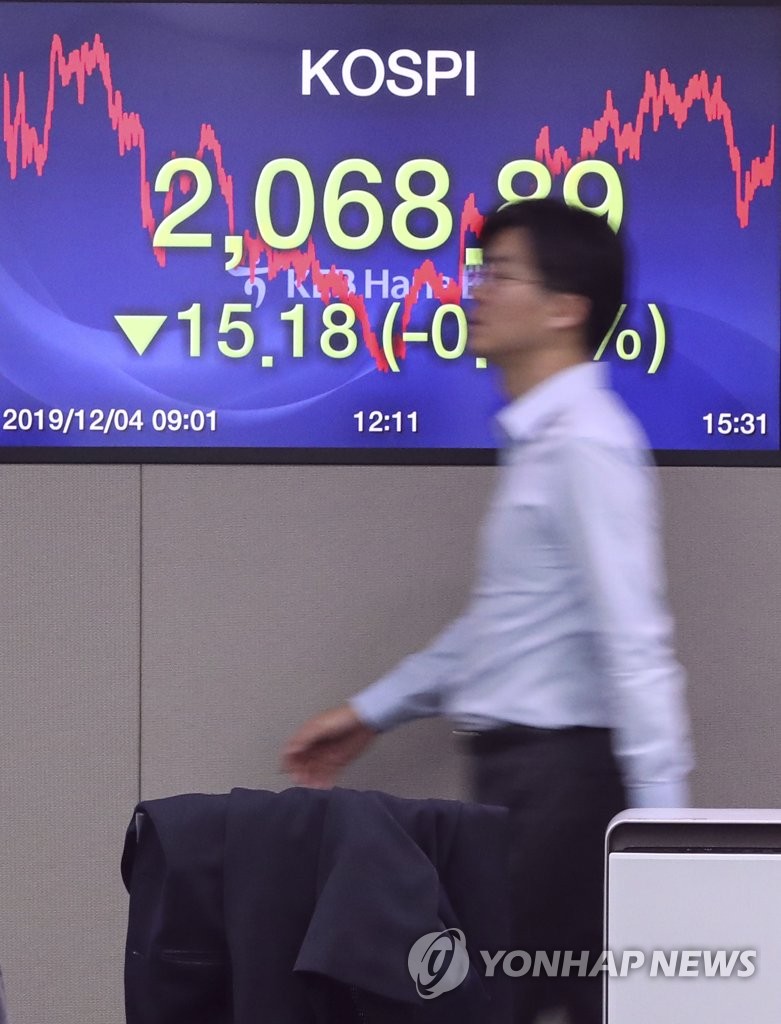 The Trump administration signaled that the U.S. intends to impose tariffs on Chinese goods if no deal is signed before the mid-December deadline. Trump said he doesn't mind waiting another year before striking an agreement with China, putting investors in a selling mood.

Large-cap stocks mixed fortunes across the board.

On Wednesday, Hyundai announced its plan to invest 61 trillion won in its existing car manufacturing and in future mobility technologies by 2025 to enhance corporate competitiveness and shareholder value. It drove up its affiliates' stock prices.

The local currency closed at 1194.30 won against the U.S. dollar, down 7.10 won from the previous session's close.

Bond prices, which move inversely to yields, closed higher. The yield on three-year Treasurys fell 5.4 basis points to 1.406 percent, and the return on the benchmark five-year government bond dropped 7.3 basis points to 1.480 percent.