SEOUL, Dec. 4 (Yonhap) -- Freezing air from northern China is expected to cause the mercury to remain below zero all day long Thursday in Seoul and the surrounding region for the first time this season, the state weather agency said.

The temperatures are forecast to fall sharply beginning late Wednesday as a cold, dry high pressure system over northern China is moving southeast toward the Korean Peninsula, according to the Korea Meteorological Administration (KMA) on Wednesday.

Thursday's morning low in Seoul is forecast to be minus 5 C, with a wind chill of minus 8 C. The daytime high will be minus 2 C, the lowest this season, it said.

Temperatures in other cities in the capital zone will also likely stay below zero, with daytime highs ranging from minus 1 C to minus 2 C.

The cold snap will continue until Friday, when morning temperatures are expected to be 3-5 degrees lower than Thursday, the agency added.

The agency plans to put cold wave advisories in effect at 10 p.m. Wednesday for Yeoncheon, Pocheon and Yangju in Gyeonggi Province, Cheorwon and Hwacheon in Gangwon Province, and mountainous areas in northern and central Gangwon. 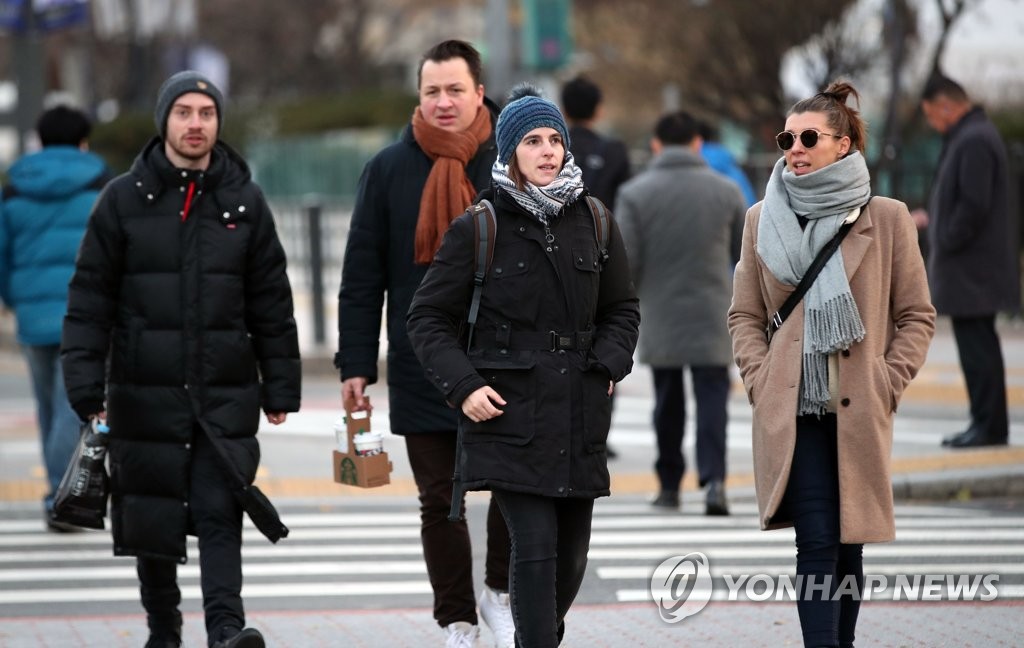