WASHINGTON/SEOUL, Dec. 4 (Yonhap) -- South Korea and the United States ended another round of talks Wednesday (U.S. time) on sharing the costs for the upkeep of American troops in the South, with the two sides apart on how much of the burden Seoul should shoulder.

Wrapping up the two-day negotiations in Washington, Jeong Eun-bo, Seoul's chief negotiator, and his U.S. counterpart, James DeHart, agreed to meet again in Seoul before the end of this month to continue the talks, Seoul's foreign ministry said in a release.

During the talks, the South emphasized its point that the negotiations should be conducted within the current framework of the cost-sharing pact, known as the Special Measures Agreement (SMA), and must produce a "fair, reasonable and mutually acceptable" deal, the ministry said.

"We stressed that the negotiations should be made within the SMA framework and that a fair, reasonable and mutually acceptable agreement should be reached in a way that strengthens the South Korea-U.S. alliance and the allies' defense posture," the ministry said.

The comment suggests the two sides remain far apart, with the U.S. reportedly demanding a fivefold increase in Seoul's contribution to US$5 billion and the South refusing to buckle to what it sees as an unreasonable demand.

The previous round of negotiations in Seoul last month was cut short after South Korea apparently balked at the demand. This week's agreement to hold another round of talks later this month also suggests a new deal is unlikely before the current pact expires at year's end.

The U.S. is reportedly seeking to change the framework of the cost-sharing pact to create new clauses in an effort to have the South shoulder more of the costs for the upkeep of about 28,500 American troops stationed in the country.

The current SMA requires South Korea to pay $870 million for Korean civilians hired by U.S. Forces Korea, the construction of military facilities and other forms of support. 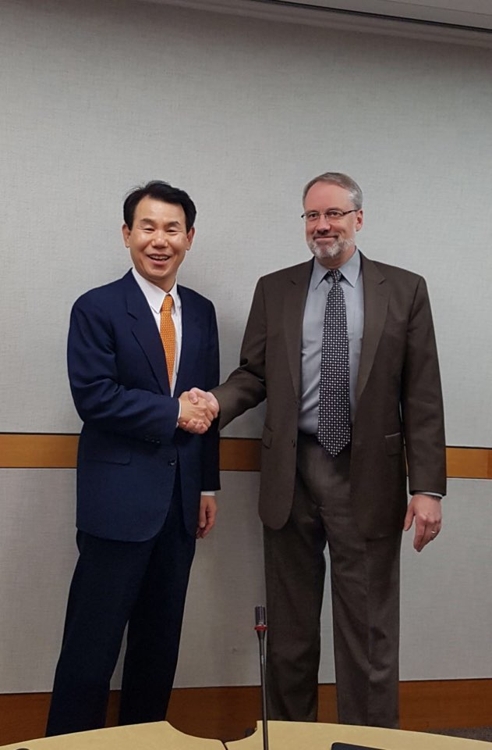