Wang, who doubles as foreign minister, on Wednesday began his first visit to South Korea in over four years, with relations between the neighboring countries strained over the deployment of the advanced U.S. missile defense system, THAAD, in South Korea.

During their Cheong Wa Dae meeting, Moon and Wang are expected to emphasize the need for normalizing the ties and restarting denuclearization talks with North Korea at an early date.

Apparently on the agenda as well is Beijing's plan to host an annual trilateral summit involving Japan later this month.

If held, it would set the stage for Moon to hold talks with Chinese Premier Li Keqiang and Japanese Prime Minister Shinzo Abe.

Wang had talks with South Korean Foreign Minister Kang Kyung-wha on Wednesday, during which they agreed on the importance of putting Seoul-Beijing relations back on a normal track, according to a Seoul official.

They also agreed to cooperate to facilitate the Korea peace process. 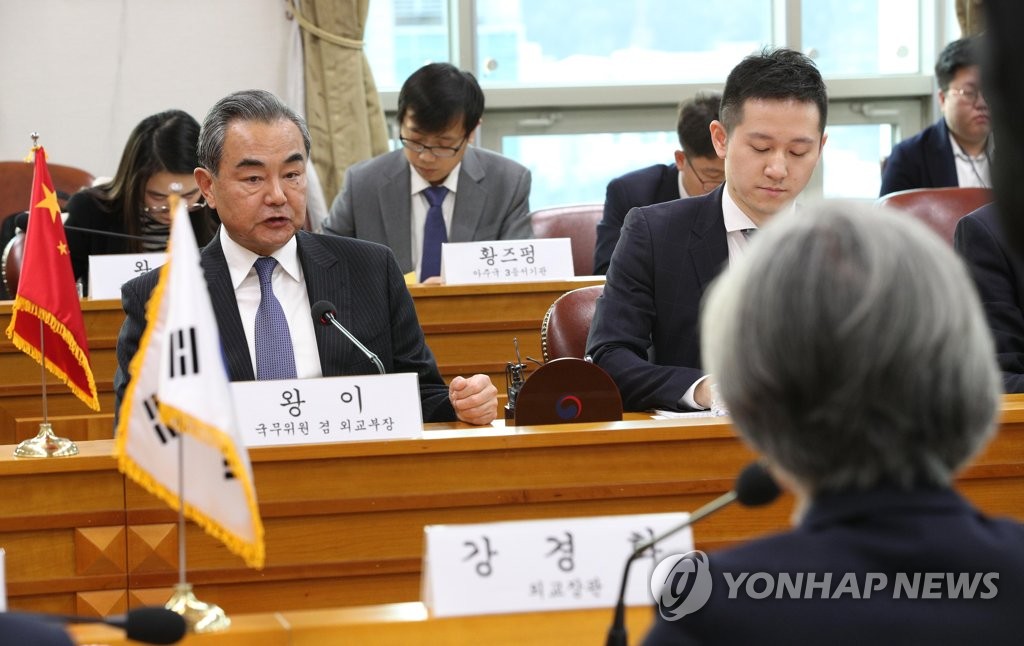