SEOUL, Dec. 5 (Yonhap) -- Choo Mi-ae, a five-term ruling party lawmaker, has been nominated for the position of justice minister, Cheong Wa Dae announced Thursday amid keen attention to her role in the South Korean government's push for prosecution reform.

President Moon Jae-in picked Choo to fill the post that has been vacant for several weeks since Cho Kuk stepped down in the face of state prosecutors' probe into alleged irregularities involving his family.

Choo is required to go through the National Assembly's confirmation hearing, the date of which has yet to be set. 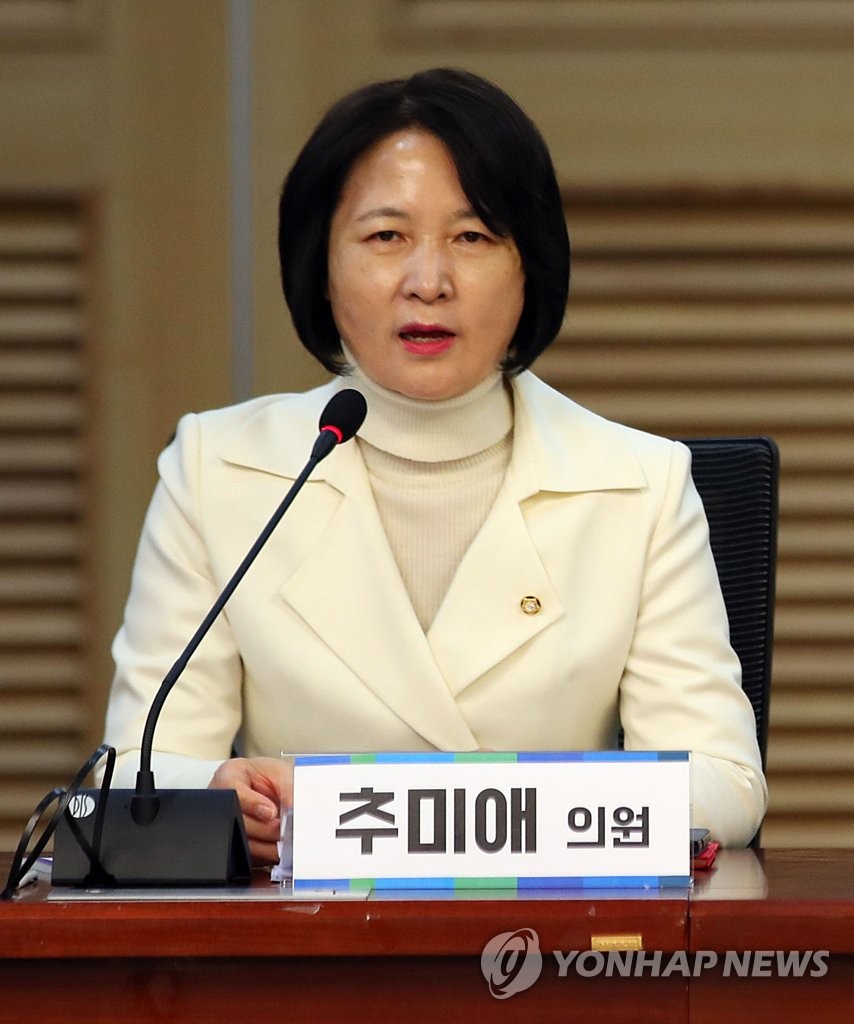