SEOUL, Dec. 5 (Yonhap) -- Choo Mi-ae, a five-term ruling party lawmaker, has been nominated for the position of justice minister, Cheong Wa Dae announced Thursday amid keen attention to her role in the South Korean government's push for prosecution reform.

President Moon Jae-in picked Choo to fill the post that has been vacant for several weeks since Cho Kuk stepped down in the face of state prosecutors' probe into alleged irregularities involving his family.

Choo is required to go through the National Assembly's confirmation hearing, the date of which has yet to be set.

Nicknamed Choo d'Arc Joan of Arc, she's known for her determination to get things done. 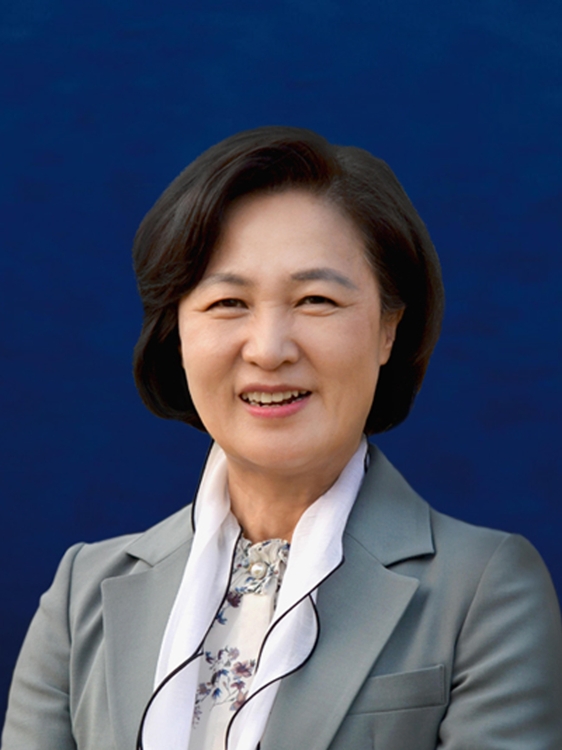 If Choo is appointed, it will raise the number of female ministers to six, or 33.3 percent of the total.

On the campaign trail, Moon said he would install women in at least 30 percent of Cabinet positions.

After studying law at Hanyang University in Seoul, she passed the national judicial exam in 1982.

Choo served as a judge at district courts in Chuncheon, Gangwon Province, Incheon and Jeonju, North Jeolla Province, as well as Gwangju High Court from 1985 to 1995. She became a lawmaker in 1996.

Moon has sought strong measures to reform the prosecution, which critics say has excessive power and authority. It's one of the president's key campaign pledges.

He tapped Cho, a law professor and close aide to him, as justice minister in a Aug. 9 Cabinet shake-up and appointed him a month later despite huge criticism, saying he's the right person to complete prosecution reform. Massive street rallies were held in Seoul for and against Cho.

Cho eventually resigned Oct. 14, with his wife indicted, and he's now facing an investigation himself. Concern has grown about the future of Moon's prosecution reform drive.

Media-driven speculation is rampant that Lee will quit the job before the end of this year as he is apparently hoping to help the ruling party in the April 15 general elections next year.

Some news outlets cited Kim Jin-pyo, another ruling party lawmaker, as a strong candidate to succeed Lee. The four-term lawmaker worked as finance minister and deputy minister for two years beginning in 2003. Some liberal-minded people, however, are said to be taking a dim view of Kim due to his support for a few economic policies favored by conservatives.