SEOUL, Dec. 9 (Yonhap) -- The management agency of girl band TWICE has warned of legal action against aggressive fans after a band member was injured by a crowd of fans.

"Today, there was an accident involving our artist, who fell over and got injured due to disorderly and excessive photo taking (by fans) at Gimpo International Airport," TWICE's management agency, JYP Entertainment, said in a post on the band's official SNS accounts on Sunday.

A crowd of fans gathered at Gimpo International Airport earlier in the day to greet and photograph TWICE after their flight back to Seoul. Member Jihyo, however, tripped over a fan who fell down and was lying on the floor, sustaining a leg injury while moving from the arrival gate to a van that was waiting outside.

"(We are) currently reviewing legal action over (similar) cases that have been occurring repeatedly," according to JYP.

It also advised fans to "refrain from prohibited behaviors, including hanging around (stars) outside of their official public arrangements."

JYP did not disclose how seriously Jihyo was injured, but her bandmates supported and helped her move to the van after the fall and she burst into tears during the process. 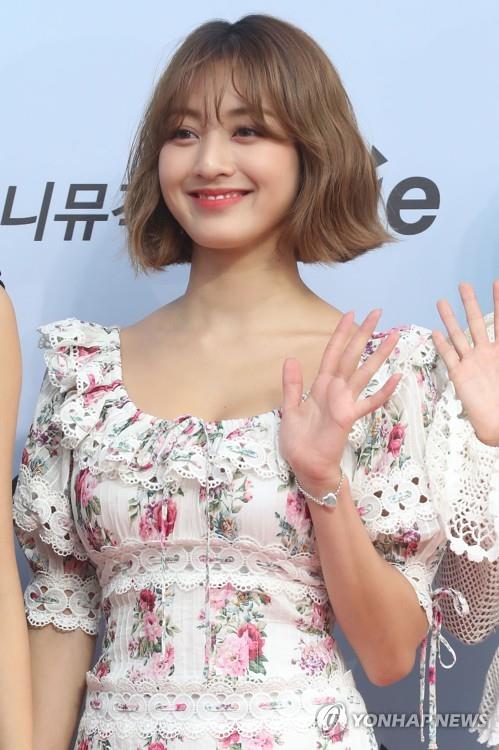 Posting an official online message, the agency said, "The company is well aware of recent comments and issues on SNS and internet communities that are believed to constitute stalking.

"We are currently asking for all legal action applicable and planning to step up efforts to protect the concerned artists," it also said.