Jack Liu, an expert on North Korea's missile program, and Peter Makowsky, an imagery analysis expert, said in an analysis on the website 38 North that continued activity was captured on satellite imagery taken Wednesday of the Sohae Satellite Launching Ground, better known as the Dongchang-ri site.

"A 10-meter-long truck is present adjacent to one of the newer fuel/oxidizer bunkers that may be the same vehicle as seen before in this area, although moved to a new position," the article said. "A possible crane is nearby, but the limited resolution of this image precludes a more definitive assessment."

In addition, a vehicle was also observed at the tracking and observation facility located west of the engine test stand, the article said.

Speculation has mounted, however, that continued activities at the Dongchang-ri site are intended to increase pressure on the United States to make concessions in their stalled nuclear talks before the end of the year.

Denuclearization talks have been stalled since the summit between North Korean leader Kim Jong-un and U.S. President Donald Trump in February fell apart as they remained far apart over how to match Pyongyang's denuclearization steps with Washington's concessions.

North Korea has set the end of the year as a deadline for the U.S. to come up with a new proposal in their nuclear talks, warning it will otherwise take a "new way." 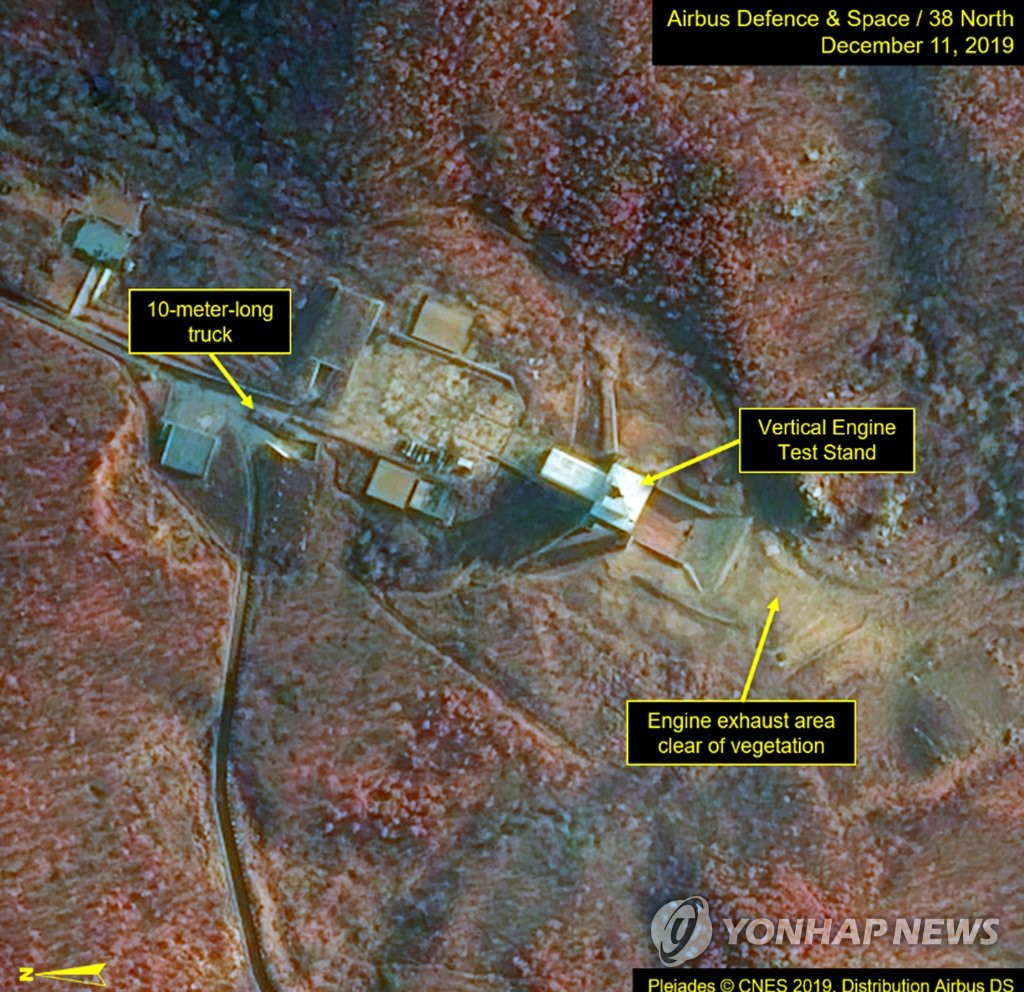