The criticism, made by the Pyongyang Broadcasting Station, was the latest in a series of calls that the country's state media and propaganda outlets have made on the South to promote inter-Korean relations free from the United States' influence.

"While being obsessed by concerns as if (the peninsula) faces a crisis of life or death, the South Korean authorities have conducted stupid acts of seeking the denuclearization of and peace on the Korean Peninsula from foreign powers," the broadcaster said.

Citing President Moon's meeting with China's Foreign Minister Wang Yi and Moon's telephone talks with U.S. President Donald Trump earlier this month, the broadcaster said that South Korea has been begging foreign countries, which is no different from the "toadyism and quislingism that previous conservative administrations conducted."

It stopped short of mentioning the names of leaders like Moon and Wang Yi, however.

Claiming that such efforts resulted in the deterioration of cross-border ties, North Korea said that such dependence on foreign powers "will never resolve any problems."

Inter-Korean relations have chilled amid stalled denuclearization talks between Washington and Pyongyang. 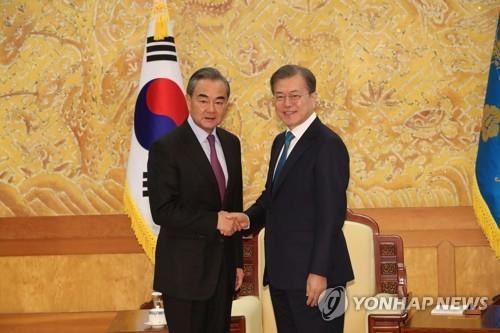